ABVP victory in DUSU polls has triggered a war of words between BJP, Congress and AAP. 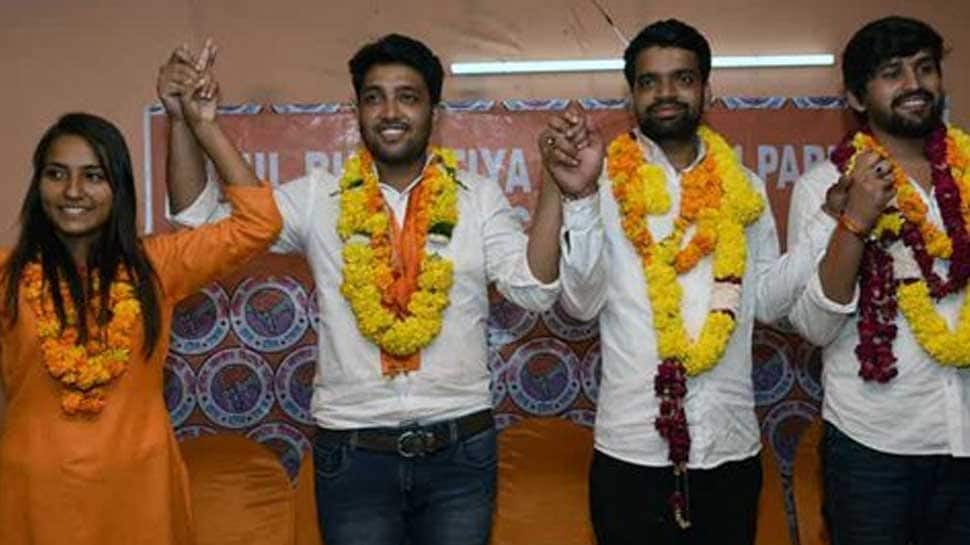 NEW DELHI: The Delhi BJP termed Thursday the victory of ABVP candidates in the Delhi University Students' Union (DUSU) elections as the victory of youth in the country, even as the AAP and the Congress held EVMs responsible for their defeat.

"The victory of the ABVP is the victory of each youth in the country. The government has implemented schemes like the Skill India programme for better future of the youth. The BJP will form the next government under the leadership of Narendra Modi," Tiwari said.

Delhi Congress chief Ajay Maken said the NSUI performed well in the DUSU polls and it would have won more seats had the EVMs not been "tampered" with.

"Our candidate won by 6,000 votes on the post of secretary in DUSU polls. Our candidates were leading in counting when the EVMs malfunctioned. We would have won more seats if the EVMS were not tampered with," Maken claimed.

Earlier in the day, AAP convener (Delhi) Gopal Rai also alleged EVM tampering and said, "If the EVMs cannot ensure fair elections in DUSU, how will the Election Commission ensure fail polls in the country."

He said the AAP's student union CYSS had an alliance with the All India Students Association (AISA) but failed to open its account in the election.