AIIMS – the country's apex medical institute - witnessed one of the worst fire incidents on Saturday. 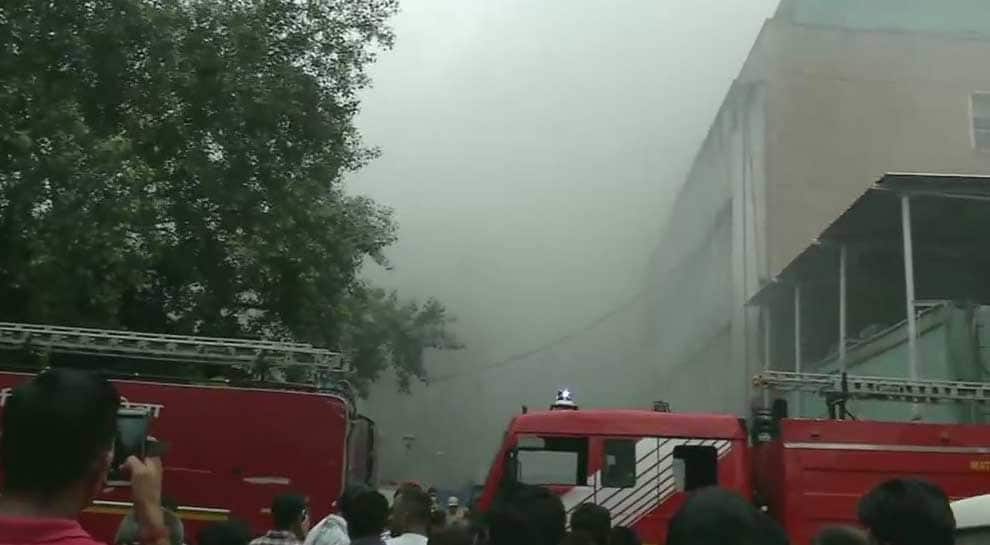 NEW DELHI: At a time when firefighters were trying hard to contain a major fire which broke out in one of the buildings of the All India Institute of Medical Sciences (AIIMS) in Delhi on Saturday, the doctors of the apex medical institute helped a young woman deliver a baby girl during the chaotic situation there.

It has come to light on Sunday that a young mother, who was admitted to the Gynaecology Ward of the AIIMS on Saturday morning, went into labour while the hospital staff was busy evacuating patients in the emergency ward in the aftermath of the massive blaze.

Amid widespread chaos, the young mother was shifted to the operation theatre at Dr Rajendra Prasad Centre for Ophthalmic Sciences of the institute. Around 9.30 PM, when the firefighting operations were underway in full swing, the 30-year-old woman delivered a healthy baby girl with the help of doctors there.

“Attending to the patient is our duty and we cannot ignore it under any situation. The life of this patient and her child was more important than anything. We immediately took her to the RP centre OT for delivery,” a senior doctor, who helped the woman deliver the baby, said.

Both the mother and child are doing well, the doctors said.

AIIMS -  the country's apex medical institute - witnessed one of the worst fire incidents on Saturday. The fire broke out late afternoon in the hospital and caused extensive damages to the first, second and third floor of the PC Block. A total of 34 fire tenders were pressed into service.

However, no casualty was reported due to the incident. After nearly six hours, the massive fire at the AIIMS was brought under control, the Delhi Fire Services and AIIMS Fire Division said.

“The fire at Teaching Block of AIIMS, New Delhi has been put off completely. There has been no loss or damage to life," read a statement from the hospital.

"Dr Harsh Vardhan, Union Minister of Health and Family Welfare, personally monitored the efforts on-site towards extinguishing the fire and also regarding patient care," the statement added. The Union Minister also ordered a special fire audit to ascertain the cause of the fire.

Meanwhile, Delhi Police on Sunday registered an FIR against unknown people for negligence in connection with the fire incident at AIIMS.