As the government's air quality information service SAFAR, the overall Air Quality Index (AQI) in Delhi was registered at 500 falling under the 'Severe' classification with PM10 at 504 and PM2.5 at 332. 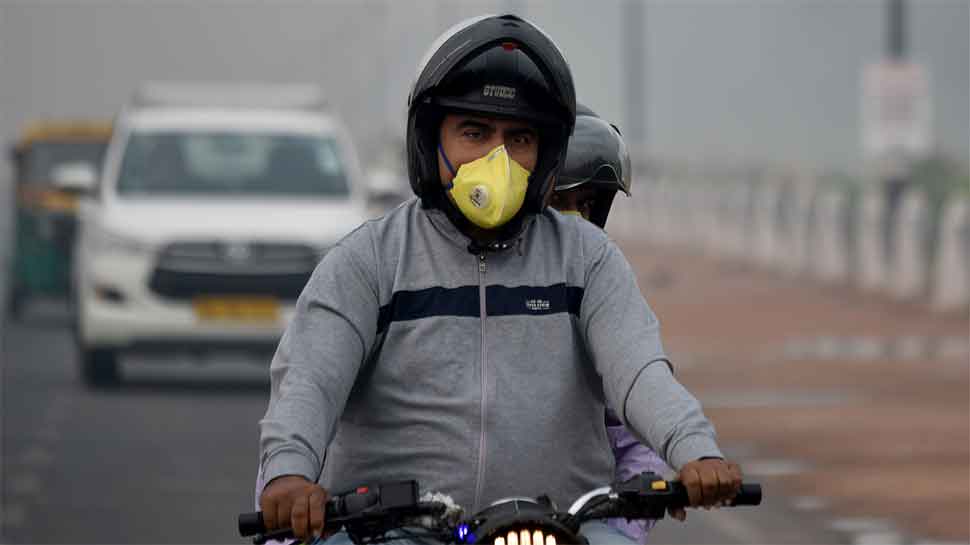 New Delhi: Delhi and surrounding areas continue to reel under noxious haze after a brief relief last week. There seems to be no respite from the increasing air pollution in the national capital even as Arvind Kejriwal-led Aam Aadmi Party's ambitious road rationing scheme Odd-Even rule came to an end on Friday in Delhi.

People in Delhi and adjoining areas struggled for fresh air as thick smog continued to deteriorate the air quality. A public health emergency has been declared in the capital.

"Pollution has increased in Delhi in the past 2-3 days. It is very important for everyone to maintain fitness in this weather. I am wearing a mask for the very first time as the air has become toxic," said Dr Ashish Gupta, a resident of Delhi. Another resident of the city, Kartar Singh stressed that people must also help in efforts to deal with the problem, "We should plant more trees and use public transport. If we will not take such steps, it will become worse in the coming years."

Residents of Uttar Pradesh's Ghaziabad and Noida complained of eye irritation and breathlessness due to dust particles in the air. "We go to the park for a run every day. But we are not able to exercise rigorously due to the spike in air pollution. Also, garbage is being burnt here because of which there is a lot of smoke that causes suffocation in the wee hours," said Ayush, a resident of Ghaziabad.

During winter each year, most of northern India suffers from a spike in toxicity in the air due to the change in weather patterns and crop residue burning in the states of Haryana, Punjab and Uttar Pradesh. CM Arvind Kejriwal on Thursday received flak for not taking any decision on extending the Odd-Even rotation scheme which saw an end on Friday. The anti-pollution measure kicked in on November 4.

The Delhi government is expected to take a call on extending the road-rationing scheme on Monday.

The AAP has hit out at the Centre for not taking 'concrete steps' to tackle the menace despite the apex court's directions in this regard. Senior AAP leader Sanjay Singh alleged that the BJP is trying to politicise a sensitive issue.

On Friday, the Supreme Court pulled up the AAP government in Delhi over the rise in air pollution in the national capital. The apex court said that 'Delhi is suffering badly' and the 'Odd-Even scheme may not be the solution to curb air pollution'.

The top court also asked Centre to prepare a road map to tackle the deadly pollution by installing air-purifying towers across Delhi.

"Delhi is suffering badly, the Air Quality Index (AQI) is almost 600 even today. How do people breathe?" SC asked Delhi government on Friday. The Kejriwal government has also been asked to inform the top court whether there has been any relief from pollution from the Odd-Even scheme.

Man arrested with drones, iPhones worth Rs 26 lakh at IGI airport in Delhi