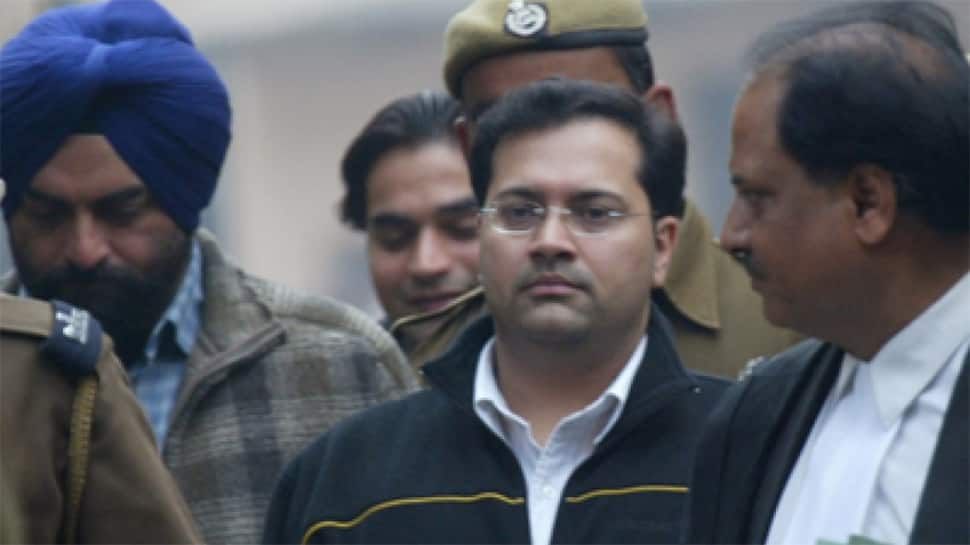 NEW DELHI: The Delhi High Court on Monday disposed off the plea filed by Jessica Lal murder case convict Manu Sharma for premature release. The HC asked the Sentence Review Board (SRB) to consider the plea in the next meeting which will take place in March.

Delhi HC had on December 21, ordered a premature release of Sushil Sharma after he served over 23 years in prison for the murder of his wife Naina Sahni in 1995.

While giving the order, the HC quashed the recommendations of the Sentence Review Board which had rejected his plea to be set free after over two decades of incarceration.

Manu Sharma had in his plea filed through advocate Amit Sahni, sought setting aside of the October 4, 2018 SRB recommendation, rejecting his plea, as well as the December 7, 2018 order of the Delhi government, upholding the board's view.

The convict has contended that the reports received from several authorities, including the prison, police and social welfare department of the Delhi government, have recommended his premature release from prison.

According to Manu Sharma's petition, he has served 15 years in jail without remission and over 20 years with remission and therefore, he is eligible for grant of premature release.

Remission is part of a sentence, which is granted to an accused after assessing his behaviour and conduct during his stay in jail and the period of interim bail or parole or furlough. A remission is added to the sentence undergone by a prisoner in jail.

The petition also contends that the high court had, in a PIL on August 3 last year, directed the SRB to strictly act according to its July 16, 2004 order, which had laid down the eligibility criteria for the premature release of a prisoner.

Manu Sharma has claimed that he satisfied the eligibility conditions laid down in the said order, but the board, on October 4 last, had declined to grant him the relief "without giving any cogent reasons", despite several reports favouring his plea for release.

Manu Sharma, son of former Union minister Venod Sharma, was sentenced to life imprisonment by the high court in December, 2006 for killing Lal. The trial court had acquitted him, but the Delhi High Court had reversed the order and the Supreme Court had upheld his life sentence in April, 2010.

Lal was shot dead by Manu Sharma after she had refused to serve him liquor at the Tamarind Court restaurant owned by socialite Bina Ramani at Qutub Colonnade in south Delhi's Mehrauli area on the night of April 30, 1999.

In April last year, Jessica's sister Sabrina, who fought a lengthy legal battle for justice, said that she had moved on and has no objection to the killer being released from jail.