Dikshit served as Delhi chief minister for three consecutive terms till 2013 when the Congress lost power. 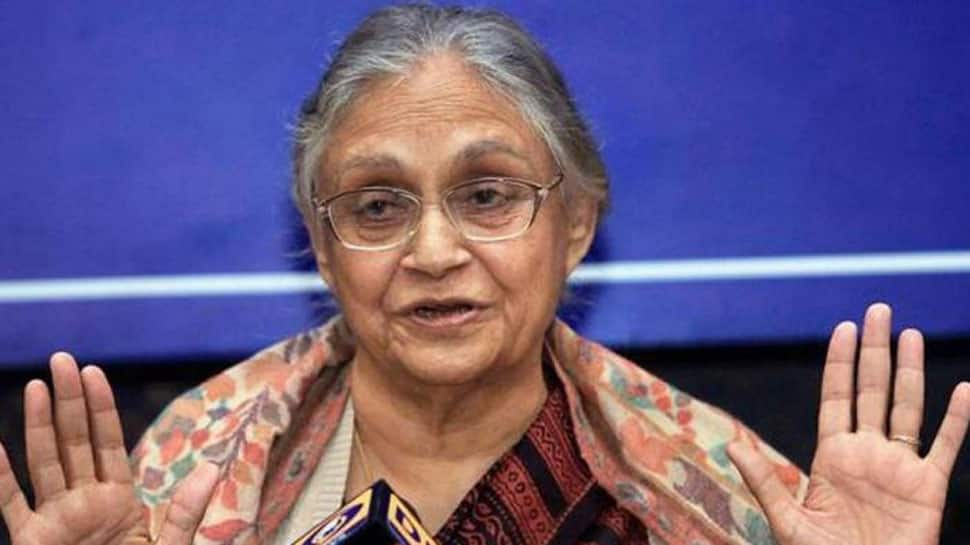 New Delhi: Former chief minister Sheila Dikshit has on Thursday been appointed as the new president of Delhi unit of Congress. She succeeded Ajay Maken who resigned last week.

On being appointed as the Delhi Congress chief, Dikshit said, "I am honoured that the party has given me this opportunity."

Sheila Dikshit on being appointed Delhi Congress President: I am honoured that the party has given me this opportunity. #Delhi pic.twitter.com/vHQMa6yiWL

Congratulating Dikshit, former DPCC Chief Ajay Maken said, "I congratulate Shiela Dikshit ji for being appointed the DPCC (Delhi Pradesh Congress Committee) president. I am confident that under her leadership, we will play the role of strong opposition to Modi and Kejriwal governments."

Dikshit served as Delhi chief minister for three consecutive terms till 2013 when the Congress lost power.

He served as the party unit head for about four years.

The change of guard in Delhi Congress assumes significance as the party is gearing up to brighten its fortunes in the upcoming Lok Sabha polls, considering that the BJP had bagged all the seven seats at stake in the capital in the last general elections.