The protests come in the wake of violent clashes between the police and lawyers on November 2 at the Tis Hazari court in the national capital over an alleged parking issue, which left several cops and advocates injured. 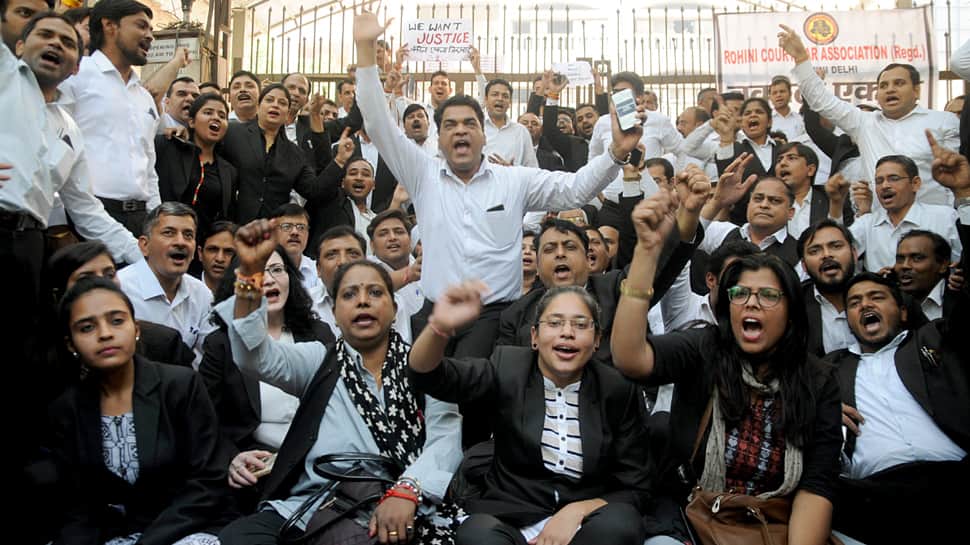 Days after the meeting between lawyers and Delhi Police failed to bring any resolution, advocates on Wednesday will continue to stage a protest by abstaining from work at all district courts in the national capital. The protests come in the wake of violent clashes between the police and lawyers on November 2 at the Tis Hazari court in the national capital over an alleged parking issue, which left several cops and advocates injured.

On Tuesday, a Delhi court sought compliance report from Delhi police in the FIRs related to the clash at Tis Hazari Court complex. The court of Additional Chief Metropolitan Magistrate (ACMM) Jitender Singh, has sought the report on the application of lawyer`s committee seeking "status report in related FIRs and issue directions to the Delhi police to arrest the accused or suspected persons named in the FIRs".

The court further directed the concerned DCP to file the status report on or before November 20. The legal committee of Delhi Bar Association, through the application, has alleged that fair investigation is not taking place in the matter and the investigation agency has not recorded the statement of witnesses or advocates who were present during the alleged incident. It has also sought preservation of the CCTV footage from inside and around the place of incident.

On the other hand, the public prosecutor appearing for Delhi police submitted that a fair investigation is being carried out by the crime branch of Delhi Police and the agency is leaving no stone unturned for expeditiously complete the investigation. A judicial inquiry too has been ordered in the matter.