MoS for Finance Anurag Thakur, Finance Ministers of States and UT will attend the meeting. 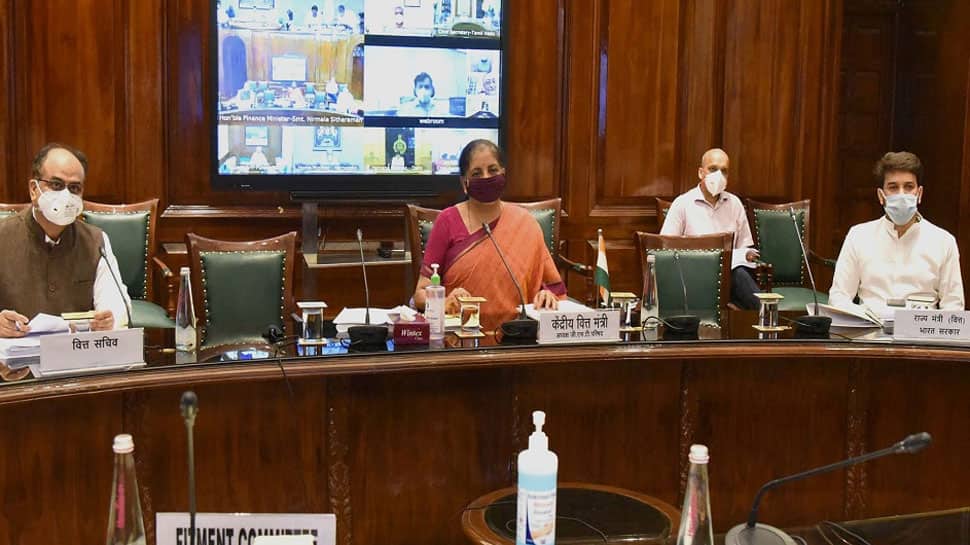 Minister of State (MoS) for Finance Anurag Thakur, Finance Ministers of States and Union Territories (UT) and senior officers from the Union Government and states will attend the meeting which will begin at 11 am, the Ministry of Finance tweeted.

Finance Minister Smt. @nsitharaman will chair the 41st GST Council meeting via video conferencing at 11 AM in New Delhi today. The meeting will be attended by MOS Shri. @ianuragthakur besides Finance Ministers of States & UTs and Senior officers from Union Government & States. pic.twitter.com/HeqCaGwMbc

In the last meeting held on June 12, the GST Council decided to waive off fees for late filing returns between July 2017 to January this year in a bid to minimise the impact of COVID-19 crisis on micro, small and medium enterprises (MSMEs).

Discussion on correction in inverted duty on certain goods like textiles and footwear is also likely, news Agency PTI had reported.they said.

The COVID-19 crisis has further compounded the state's fiscal problems.

Several states including Kerala, West Bengal, Bihar and Punjab have raised the issue to devise a common strategy on the issue asking the Centre to make good any shortfall in GST revenues to them in the first five years of implementation of the regime that subsumed 17 different central and state taxes.

PTI quoting sources said that states may now have to look at market borrowings to make good their respective revenue shortfall and the GST Council will take a final call.

Under GST law, states were guaranteed to be compensated bi-monthly for any loss of revenue in the first five years of the GST implementation from July 1, 2017. The shortfall is calculated assuming a 14 per cent annual growth in GST collections by states over the base year of 2015-16.

Under the GST structure, taxes are levied under 5, 12, 18 and 28 per cent slabs. On top of the highest tax slab, a cess is levied on luxury, sin and demerit goods and the proceeds from the same are used to compensate states for any revenue loss.

The GST Council has to decide how to meet the shortfall in such circumstances and not the central government, sources told the news Agency.

The GST Council may also discuss on revising Two-wheelers GST rates. In a CII meet, the FM had said that the two wheelers merit a GST rate revision since they are neither a luxury nor sin goods. Two-wheelers currently attract 28 per cent GST.