Riding on a huge mandate, Modi was sworn in on Thursday as prime minister for a second term, heading the National Democratic Alliance government, in the presence of a large gathering of national and international dignitaries. 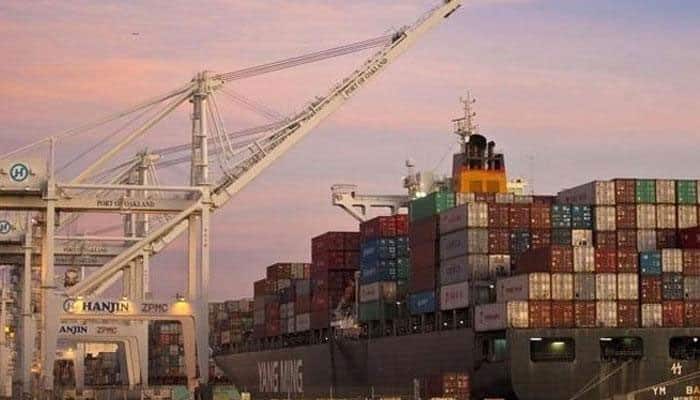 Riding on a huge mandate, Modi was sworn in on Thursday as prime minister for a second term, heading the National Democratic Alliance government, in the presence of a large gathering of national and international dignitaries.

Besides, there were 57 others, forming a council of ministers, who took oath.

"It was an honor to be at the swearing-in ceremony where PM @narendramodi & host of ministers took oath. I'm confident that new measures will be taken to boost economic growth, make environment more conducive for FDI - including mining, raise spend on social sector & end poverty," Agarwal tweeted.

"Congratulations to PM Shri @NarendraModi ji for his second term in office. I also extend my warmest congratulations to the newly elected Council of Ministers. I am sure that in this term too, India will witness rapid development and transformation under PM's visionary leadership," Essar Group Director Prashant Ruia tweeted. Expect renewed vigour in economy under Modi 2.0: India Inc

"Prime Minister Narendra Modi has taken care to include experienced leaders with proven ability who have led new initiatives with great success in the past. The addition of new inclusions in the Council of Ministers will help to bring in fresh ideas under the guidance and leadership of the Prime Minister," CII President Vikram Kirloskar said.

Tweeting while on his way to attend the ceremony, Mahindra said, "Bumper to bumper as the sun sets on the way to the PM's swearing in ceremony. But of course it's the dawn of a new government & of new opportunities".

"Empowered with a huge mandate", Goenka said, "it is expected that the government would be able to undertake some landmark reforms in several key areas like taxation, labour and land".

He further said, "Some of the path-breaking reforms such as GST, Insolvency and Bankruptcy Code are bound to get a further push that will help India Inc deal with issues in the banking and financial sector".

"The man on mission, our PM @narendramodi with his team!," Paytm founder Sharma tweeted.

Binod Chaudhary, Chairman of Nepal-based CG Corp Global, said he hopes to see a renewed sense of commitment on part of the Government towards taking the Nepal-India relationship to newer heights, thereby giving a conclusion to many of the critical bilateral projects which are still in the pipeline.