Goyal also asked textile machinery manufacturers to get out of command-and-control mindset. 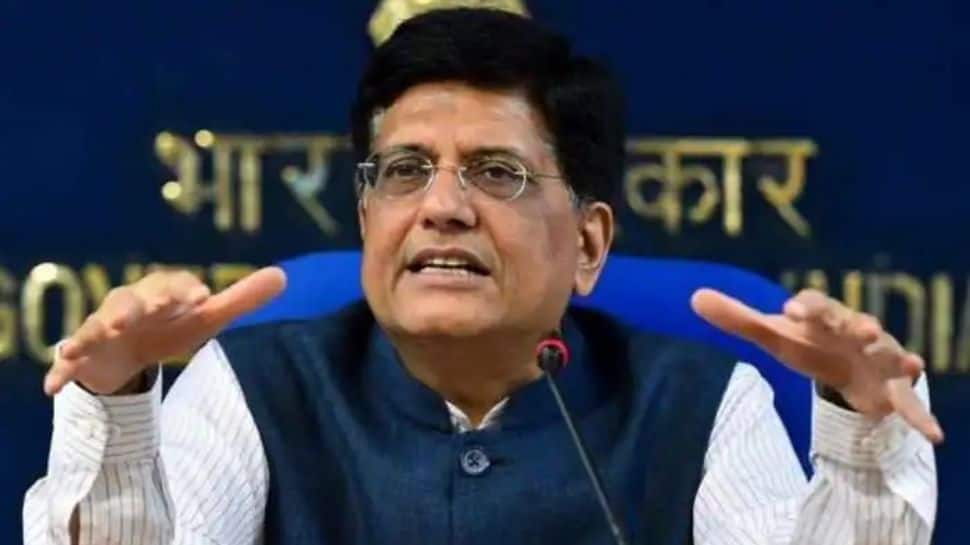 New Delhi: Union Minister Piyush Goyal has called for developing 100 Indian textile machinery champions recognised across the world and reducing import dependence of the sector through concerted efforts between the textile engineering industry and the government.

Goyal also asked textile machinery manufacturers to get out of command-and-control mindset and work through plug and play to make the textile sector vibrant in name and spirit, the textile ministry said.

The Minister of Commerce and Industry, Textiles, Consumer Affairs, Food & Public Distribution, made the remarks while interacting with textile machinery manufacturers in a video conference on Friday.

The interaction was aimed at devising possible strategy to develop a facilitating ecosystem for growth of the textiles engineering industry (TEI) in India under the Make in India programme.

He said that the National Capital Goods Policy is a manufacturing sector policy devised by the Government of India aimed at increasing the production of capital goods from the 2014-15 value of about USD 31 billion to USD 101 billion by 2025.

Goyal urged the textile industry to focus on speed, skill and scale and get into innovative partnership. He called for developing 100 Indian textile machinery champions recognised across the world, the statement said.

The minister said India should look to become a global player in producing textiles machinery, producing at scale, producing with quality and quantity the machinery of choice that the world requires.

"He said we are not averse to imports but we must reduce the import dependency of the textile machinery in India by concerted effort between the textile engineering industry and the government together. He added that focus on quality will help to capture bigger markets and higher productivity," the ministry stated.

Goyal expressed hope that a modern and upgraded textile machinery ecosystem would have a cascading impact on unorganised Indian textile industry.

This will set the momentum for continuous advancement and innovation resulting into ever evolving and enhancing competitive capabilities along the value chain.

He said the machinery manufacturing facility will change the inertia of the status quo, augment the dynamics along value chain and enhance the domestic consumption and further boost the exports of higher value goods while gradually reducing the import dependency, the statement said.

"For this, it is important to synergise efforts of arms of the government between textiles, Ministry of Heavy Industries, and digital innovation/ adaptation possibilities in our quest of increasing efficiencies by reducing costs across manufacturing value chain," the minister stated.

Referring to India's recent achievement of 100 crore vaccines, the minister said the historic achievement was the result a collective effort of 130 crore Indians and a proof of India's 'Atmanirbharta' (self-reliance).

He also referred to the Mission Chandrayan, which was also a breakthrough in India's space programme and called upon textile machinery manufacturers to look at a similar breakthrough in the textiles sector.

"Goyal said we are on a mission of transformational change. He said when PM speaks of Atmanirbhar Bharat, it means to provide India its rightful place on the global map," the statement said.

He added that today, India under the leadership of Prime Minister Narendra Modi feels reinvigorated, re-energised to think big and bold, to be more ambitious and to set for stiff targets, it added.

The minister said the government has set a target of USD 100 billion for textiles and garment exports over the next five years, and the textile sector has an important part to play in achieving it.

He added that the Indian textile engineering industry (TEI) is at the cornerstone of moving up the manufacturing excellence, wherein the domestic research and development (R&D), entrepreneurial spirit and exploration of joint ventures have ushered in new opportunities.

Talking about the production-linked incentive (PLI) scheme, which talks of global champions and PM-MITRA scheme that is trying to bring textiles clusters, Goyal said seven locations will be identified soon to encourage the industry and prepare a common infrastructure for plug and play.

He also urged the manufacturers to come and join the PM-MITRA scheme and set up manufacturing units by reaping its advantages.

The minister said there are still some challenges like liquidity and rising costs of raw materials and freight movement for which the government is actively taking many steps, so that the textile engineering industry can overcome from such issues confidently. Also Read: Ram Mandir Trust to use TCS’ digital accounting software to digitise accounts

He also suggested that there is no harm in getting international capital which will help in creation of jobs in India and add value and expand the entire textiles ecosystem. Also Read: Own a Rs 5, Rs 10 Mata Vaishno Devi coin? Get up to Rs 10 lakh by selling it online, check how