IRCTC is also deploying its officials onboard on these trains for the purpose of monitoring the catering services. 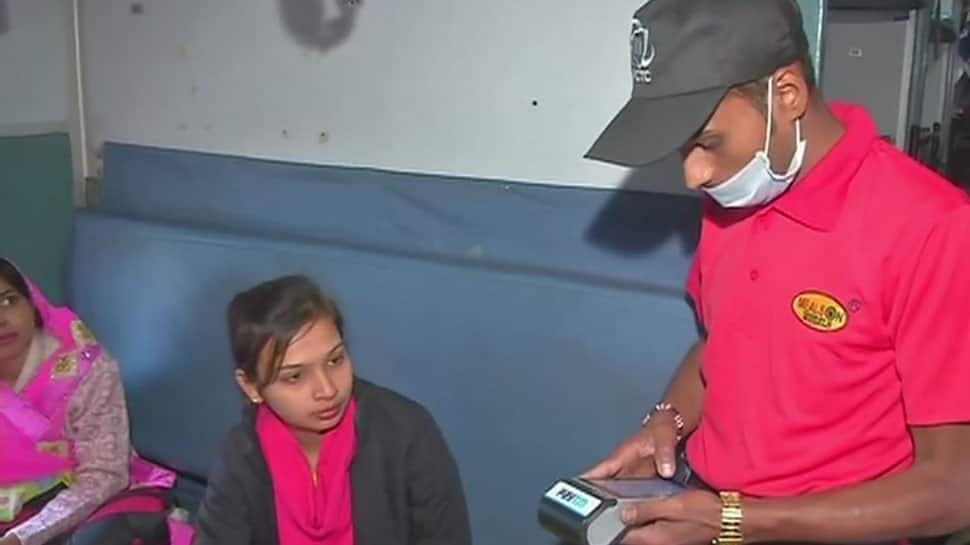 The Indian Railway Catering and Tourism Corporation (IRCTC) on Friday extended its plan of on-the-spot bill generation for payment of food items on trains through Point of Sale (POS) machines.

The step was introduced by the IRCTC in March 2018 to check overcharging by vendors and creating passenger awareness for menu and tariff of meal and catering items being sold onboard in trains.

The POS billing machines were introduced in trains in phases. In March, it was avai1able in train number 2627-28, SBC-NDLS Karnataka Express on a pilot basis. In the next phase, 100 POS machines were decided to be commissioned on 26 trains.

There are 50 rakes (composition of coaches forming a train) of the identified 26 trains. Each rake of the train was to be provided with two POS machines each to start with which shall be progressively increased as per the usage and response from passengers.

IRCTC is also deploying its officials onboard on these trains for the purpose of monitoring the catering services. These officials are also being provided with tablets (tab) which will be used for collection of passenger feedback.

The service providers managing the onboard services were trained in Noida, Uttar Pradesh, for usage of the POS machine. The training continued from March 21, 2018-March 24, 2018 for the first batch.

The step was commissioned after complaints of passengers regarding overcharging by the vendors in trains. IRCTC has been continuously taking passenger friendly steps so as to ensure smooth catering services as well as disseminate information critical for a passenger travelling in trains.