Prices of petrol and diesel go further up, check out latest rates in major cities

Petrol price had touched a record high of Rs 84 per litre in Delhi and Rs 91.34 in Mumbai on October 4. 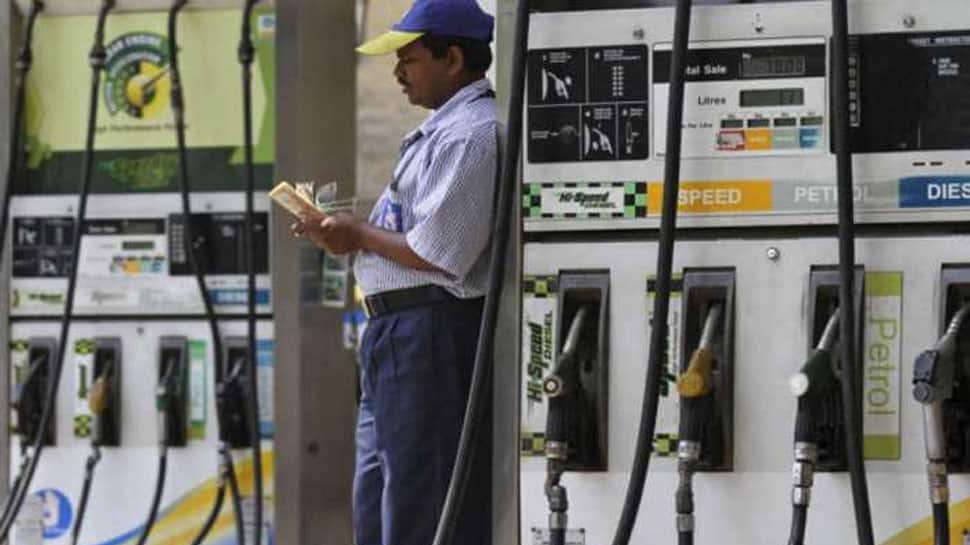 New Delhi: The fuel prices on Tuesday went further up with prices petrol and diesel settling at Rs 71.27 and Rs 65.90 respectively in the national capital. In Mumbai, petrol is being sold at Rs 76.90 while the price of diesel is Rs 69.01.

Petrol in Delhi increased by 13 paisa and diesel by 19 paisa as compared to Monday. On the other hand, in Mumbai, there has been a hike of 13 paisa in the petrol price and 20 paisa in the diesel price.

Between August 16 and October 4, petrol price was hiked by Rs 6.86 per litre and diesel by Rs 6.73. On that day, the government decided to cut excise duty on petrol and diesel by Rs 1.50 per litre each and asked state-owned fuel retailers to subsidise the price by another Re 1 a litre by reducing their margins.