Sources in the Railway Ministry has confirmed that it has got interest from the airline industry regarding its model where private players have been invited to run the trains in Indian Railways network. 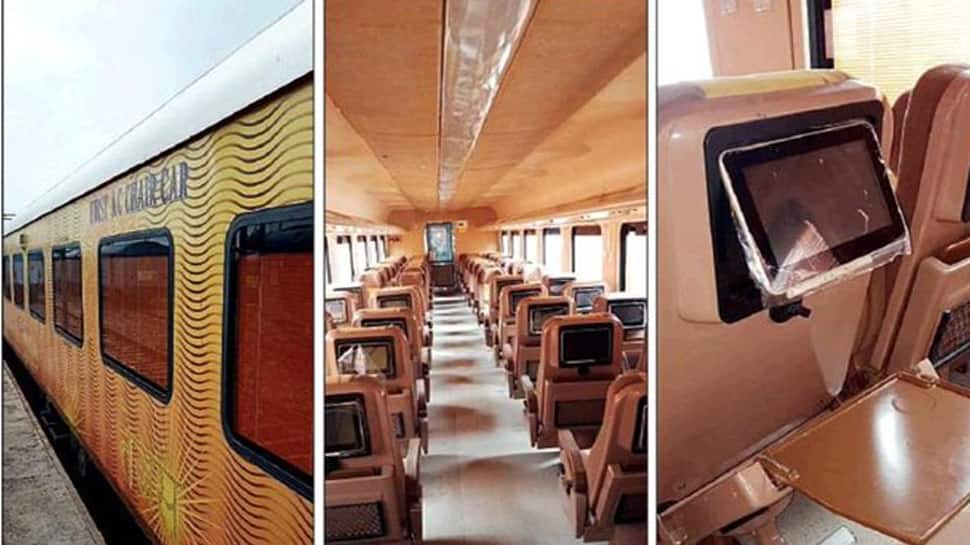 Soon you could not be flying but onboarding a Spicejet run train or even Indigo welcoming you to board not its flight but train. Indian Railways innovative and revolutionary model of getting private player to run has drawn the attention of airline companies like Indigo and Spicejet. Not just the airline but travel portal Make My Trip has also shown interest for the private player-run train model. Sources also confirms that two giant players in the field of catering has done talks with the railway ministry officials regarding the private player train model.

Sources in the Railway Ministry has confirmed that it has got interest from the airline industry regarding its model where private players have been invited to run the trains in Indian Railways network. Sources close to the development informed that Spicejet Airlines and Indigo airlines has shown interest and queried regarding the likely framework of the railways where the private players have been invited and under which policy framework the private player will carry out the train operations. Through sources, it has been learnt that not just the airlines, but travel portal website Make My Trip has also shown interest for the new concept introduced by the railway ministry. Top sources have also confirmed that tow of the giant players in the catering business have also shown keen interest for the newly introduced concept of private player operating trains.

Sources says that overwhelmed with the response from the dominant private players in various sectors, Railway Ministry is going ahead with the idea aggressively. In next step, Railway Ministry is soon going to finalise the terms and conditions for the private players for train operations in Indian Railway network. Post the policy finalisation, private players will be invited through the participation or the bidding process to run the trains. The same has been conveyed to the interested parties that soon after the finalisation of the policy, an important meeting will be held to explain the minute details of the policy to the private players. Sources says that ministry is working to make the policy attractive enough to attract the best players from the market to enter the railways network and get into train operations also, as this will provide better amenities or facilities to the railways passengers in coming years.

Its noted that railways has already taken its first giant step towards the realisation of getting private player into Indian railways, after the Indian Railways Catering and Tourism Corporation ( IRCTC ) run the first corporate Train Tejas Express on 4th October between Lucknow - Delhi route. The very same train will be in coming months floated through the bidding process to private players.