The sugar output in the ongoing 2018-19 marketing year (October-September) is pegged at 33 million tonnes, lower than 34.3 million tonnes achieved in the previous year. 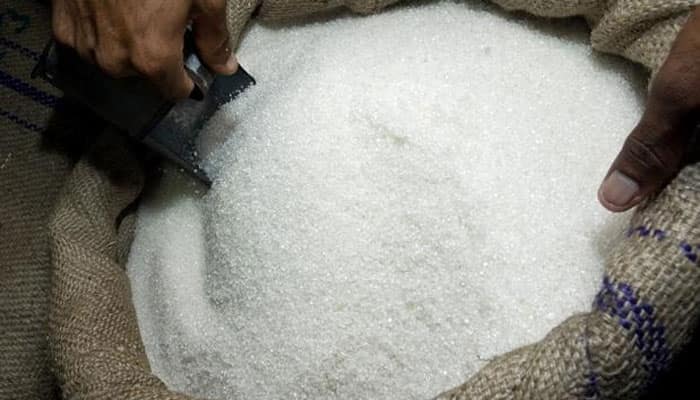 New Delhi: India's sugar production is likely to decline 8.4 percent to 30.3 million tonnes for the second straight year in the 2019-20 marketing year that would begin from October because of likely fall in sugarcane output, a latest USDA report said.

The sugar output in the ongoing 2018-19 marketing year (October-September) is pegged at 33 million tonnes, lower than 34.3 million tonnes achieved in the previous year.

"The 2019-20 sugar production is forecast to decline 8.4 percent to 30.3 million tonnes, its second consecutive year of decline," the US Department of Agriculture (USDA) said in its latest report.

According to the USDA, "lower than expected cane production in the out-year coupled with a net reduction in the national-average sugar recovery rate will reduce cane availability for direct crush-to-sugar and proportionately moderate sugar output as well."

Despite the trend, for the third time in the last four years, Uttar Pradesh will be the largest producer of sugar in India. This will partially compensate for lower output from Maharashtra and Karnataka.

Overall, sugarcane output will be down 8 percent to 355 million tonnes from 4.7 million hectares, the report said.

Assuming normal market conditions, the USDA report said that India should be able to export upwards of 3.5 million tonnes of sugar but with some incentives after adjusting for a modest rise in sugar consumption to 28.5 million tonnes.

That will still leave stocks of a record 17 million tonnes, which is roughly seven months of consumption, it said.

Total exports will include one million tonnes of sugar re-exported under the Advance Authorization scheme (AAS) and the remaining 2.5 million tonnes will be commercial sales, it added.