`My Father Godfather`: A preview 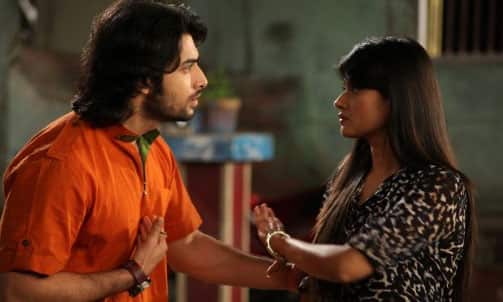 New Delhi: `My Father Godfather` is an upcoming movie director Pankaj Dheer. Most people would remember Dheer from his famed role in `Mahabharat` as Karna.

Television stars Sharad Malhotra and Kritika Sengar will be seen playing the lead roles in the movie which is going to be released only digitally. For the first time in India, a movie is set to release on the world wide web rather than on the theatres.

“I am selling a dream. It’s a feel good factor movie. The treatment is very real. I am trying to show the underbelly but in very real manner with lots of fun. I am very close to this subject because I have written it myself. This is a fun film, a total dhamaal film,” Pankaj was quoted in an interview.

The movie has covered several genres of films including comedy, drama, tragedy, romance, love and emotions. It will be available for on demand viewing on the web.

`My Father Godfather` is a story about a couple. Jahanavi and Prakash are struggling in the television industry to make a mark, Jahanavi wants to be a famous actress while Prakash wants to be a writer. How difficult circumstances force Jhanvi to take a stance which makes her entire world go topsy turvy forms the crux of the story.

To know what happens next wait for the movie.

Watch the making of the movie here:

Hindi version of `Pompeii` to use Mahabharata punchlines