Rohan Sippy says it is not only films that strengthen his friendship with actor Abhishek Bachchan but also fatherhood experiences. 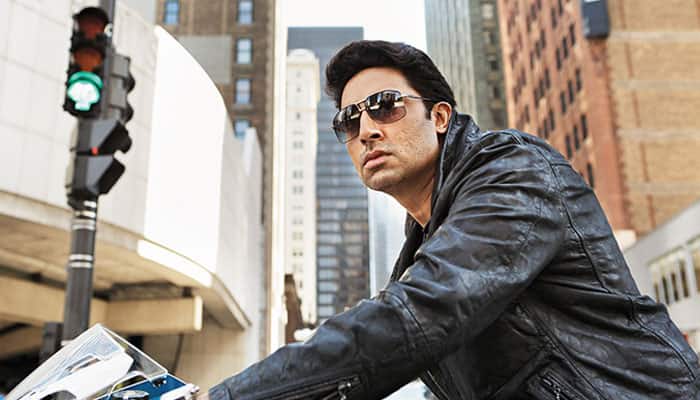 Panaji: Rohan Sippy says it is not only films that strengthen his friendship with actor Abhishek Bachchan but also fatherhood experiences.

The 'Nautanki Saala' director, who has worked with Abhishek in 'Kuch Naa Kaho', 'Bluffmaster!' and 'Dum Maaro Dum', said they bond well because they entered a different phase of life almost together.

Abhishek is father to three-year-old Aaradhya with wife Aishwarya Rai while Rohan is a doting parent of a two-year-old baby daughter.

"We have known each other for a long time. We both are blessed with baby girls and we are proud of it. His daughter is a year older to mine and we share fatherhood experiences besides work.

We entered a similar phase of life at same time also. So, it helps us to share more as you go through similar milestones," Rohan told reporters on the sidelines of NFDC's Film Bazaar.

Rohan is also proud of the fact that Abhishek's lovable character Nandu Bhide in multi-starrer 'Happy New Year' is getting rave reviews.

"I am yet to watch the film. He got great reviews and whatever I saw in promos, he brought so much energy to his character. Comedy is something which he is always great at. I am happy that he is continuing something which the audience also likes. He also did a brilliant job in 'Bol Bachchan'," he said.

The duo has been friends for more than three decades and Rohan termed Abhishek one of the most 'open-minded' actors of today's generation.

"Abhishek is always ready to take risks. He is one of the most open-minded actors of our generation and that's the best thing in him. In 'Bluffmaster!', he was obviously the central character but at the end, Riteish Deshmukh turns the table on him. If I had the other way, the film would be ruined but Abhishek understood it and helped me," he said.

The filmmaker, who is the son of 'Sholay' director Ramesh Sippy, is elated that his father is back to direction after a gap of nine years. Ramesh is currently shooting 'Shimla Mirch' with Bollywood's 'dreamgirl' Hema Malini and Rajkummar Rao.

"I am happy that dad is back into films. I am also producing the film and it is always a good learning experience for me to work with him. He is still so much charged-up and excited like it is his first film," said Rohan.

Badi Bahas: Why deceit with the farmers for middlemen?