Preity Zinta finally ties the knot at 41! Which actress would you want to see getting married next?

So, now that Preity is married, who do you want to see getting hitched next? 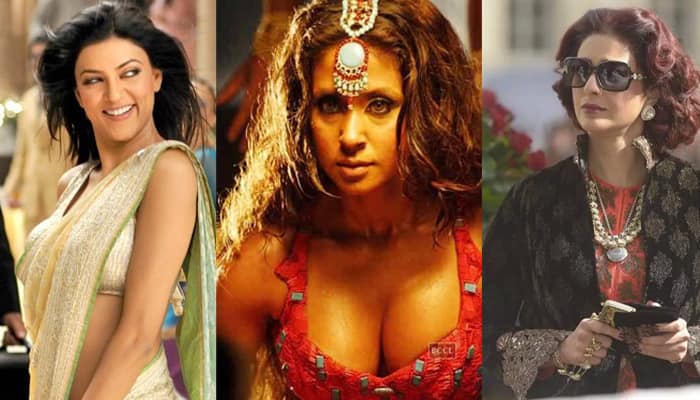 New Delhi: We have wedding bells for all you movie lovers! Bollywood actress Preity Zinta entered matrimony with boyfriend Gene Goodenough at Los Angeles in a low key Indian ceremony on Monday.

Zinta, 41, was one of the most eligible spinsters in the Tinsel town until yesterday, of course. But the 'Koi Mil Gaya' actress is not the only one to have had enjoyed that status in Bollywood. There are ample of talented actresses who are unmarried.

So, now that Preity is married, who do you want to see getting hitched next?

The former Miss Universe is reigning in her 40s and seems all set with her two adopted daughters. Beautiful and elegant, Sen, however, has maintained that she isn't looking for a marriage.

The 'Fitoor' actress who played Katrina Kaif's mom is a bundle of talent. The fact that she is still unmarried, however, has been overshadowed by her recent powerful Bollywood outings. She is 44.

This actress used to be the epitome of sex appeal in the 1990s – she was also popular for her acting skills. At 41 now, she still thinks needing a man just for a relationship is passe.

Mallika, who once ruled the cine world for her ultimate hotness , is single at 39. Sherawat has no marriage on cards as far as we know now – although she appeared in a TV show to find the perfect hubby – things didn't quite go well.

The Bengali beauty is unmarried at 37. But interestingly, she has a rumoured boyfriend now – to whom she might be getting hitched soon. But as long as we hear nothing concrete, we prefer to keep her in this league!