Sultan movie review: The Salman Khan-Anushka Sharma starrer packs all the ingredients of a blockbuster

We usually don't expect much from the script in a Salman Khan film but our expectations have risen tremendously since 'Bajrangi Bhaijaan'. New Delhi: Well, technically, it isn't Eid yet but Bollywood superstar Salman Khan is already out with the best Eidi we could ever get. Yes, we are talking about Ali Abbas Zafar's 'Sultan' here. We usually don't expect much from the script in a Salman Khan film but our expectations have risen tremendously since 'Bajrangi Bhaijaan'.

Surprisingly, 'Sultan' has turned out to be the best of 2016 so far. The 50-year-old superstar has made sure that even his detractors come out smiling after watching this flick. Yash Raj Films has kept in mind that no stone remains unturned when it comes to production. The film takes us on a virtual tour to Haryana.  Be it the sets or locations, you will find yourself lost in the amazing aura of the state.

When it is Salman Khan in the frame, you usually don't care much about the other actors. But, the casting of 'Sultan' is brilliantly done. The makers have let each and every character occupy the screen and justify the space with their performances. 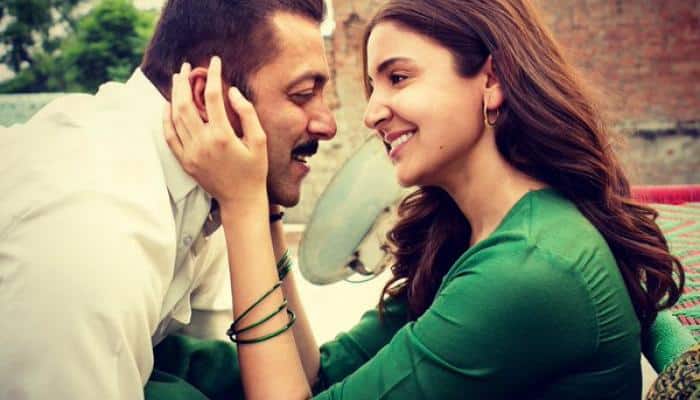 First-half of the film is high on romance. Wait, not the typical Bollywood love. Instead, the director has put an uncanny feel to it. The dialect and accent of Haryana are the true winners. You will be amazed to know that, unlike the popular opinion, even Salman's accent isn't bad at all. Amalgamated with his performance, the portrayal of a pahalwan is pretty gripping in some of the scenes.

And, then enters Anushka Sharma. Her role has the potential to overshadow the titular character but, all thanks to Salman's stardom, the theatre will go crazy about 'Sultan Ali Khan'. Before the interval, the movie showcases how love motivates a person to become a better human.

The battle between confidence and arrogance continues as the screenplay progresses.

Second-half of 'Sultan' is powerful enough to give you an adrenaline rush. This is what we were expecting from the film. The old and rustic 'Sultan' struggling hard to make a point in his personal life by setting brand new professional goals.

His training sequences, as well as the mixed martial arts moves, takes the audiences by storm. Moving over the usual suplex, Salman Khan introduces the new Sultan Slam here to make the crowd go nuts. Action sequences are what Salman does the best. And, in 'Sultan', you will get to see a whole new avatar of rowdy Salman.

In terms of acting, 'Sultan' will leave no doubt in your mind. 'Bigg Boss' fame Amit Sadh has garnished his career with this cinematic gem. Randeep Hooda as the MMA coach adds more intensity and vigour to 'Sultan'.

Music isn't as good as Salman's earlier hits. Somehow, it succeeds to blend in as the story moves forward.

'Sultan' is an entertaining film, probably the best of 2016. But, don't expect it to be an entire sports drama. Salman-Anushka's Haryanvi chemistry remains the USP of this film and the action scenes will definitely make your heart pop out.

The film gets a big thumbs up from our side.

Salman's 'Sultan' will add more charm to Eid for sure.

Opening of 'Sultan' to get affected as Eid now on Thursday