The team studied the effects of climate change on five major crops: finger millet, maize, pearl millet, sorghum and rice which make up the vast majority of grain production during the June-to-September monsoon season in India with rice contributing three-quarters of the grain supply for the season. 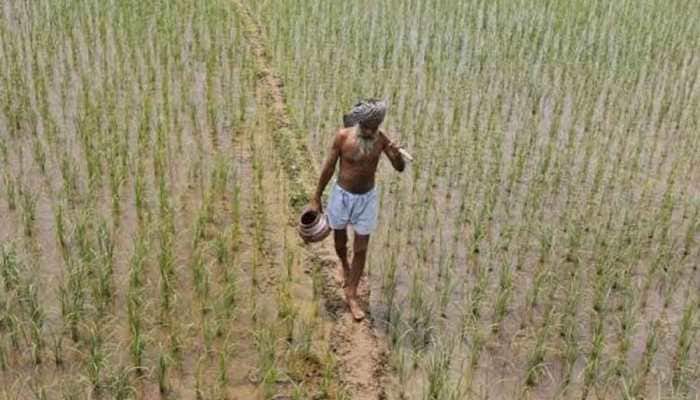 New York: Diversifying the crops in India can be an effective way to adapt its food-production systems to the growing influence of extreme climate change, said US researchers including Indian-origin.

The team studied the effects of climate change on five major crops: finger millet, maize, pearl millet, sorghum and rice which make up the vast majority of grain production during the June-to-September monsoon season in India with rice contributing three-quarters of the grain supply for the season.

Taken together, the five grains are essential for meeting India's nutritional needs.

In a paper published in Environmental Research Letters, Kyle Davis, an environmental data scientist from the Data Science Institute at Columbia University found that the yields from grains such as millet, sorghum and maize are more resilient to extreme weather.

Their yields vary significantly less due to year-to-year changes in climate and generally experience smaller declines during droughts.

"By relying more and more on a single crop rice India's food supply is potentially vulnerable to the effects of varying climate," said Davis, the lead author on the paper.

"Expanding the area planted with these four alternative grains can reduce variations in Indian grain production caused by extreme climate, especially in the many places where their yields are comparable to rice.

"Doing so will mean that the food supply for the country's massive and growing population is less in jeopardy during times of drought or extreme weather," he noted.

Temperatures and rainfall amounts in India vary from year-to-year and influence the number of crops that farmers can produce.

With episodes of extreme climate such as droughts and storms becoming more frequent, it's essential to find ways to protect India's crop production from these shocks, according to Davis.

To reach this conclusion, the authors combined historical data on crop yields, temperature and rainfall. Data on the yields of each crop came from state agricultural ministries across India and covered 46 years (1966-2011) and 593 of India's 707 districts.

"This study adds to the evidence that increasing the production of alternative grains in India can offer benefits for improving nutrition, for saving water, and for reducing energy demand and greenhouse gas emissions from agriculture," said Davis.

Arizona wildfire spreads to over 37,000 acres