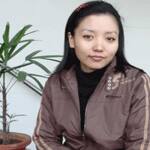 Thuingaleng Muivah is the present General Secretary of the National Socialist Council of Nagaland, NSCN (IM). He belongs to a Naga tribe of Tangkhul community.

Muivah, who began his political journey in 1960s, joined Naga political organisation called NNC (Naga National Council) in 1964 and was assigned the General Secretary’s post in 1965. He was tied with NNC for at least 10 years until differences cropped up between the leaders over the signing of `Shillong Accord` with the central government.

Since Muivah’s faction opposed the accord, it subsequently led to the creation of Naga National Socialist Council of Nagaland in 1980. Later, over the issue of talk’s process with the Govt of India, NSCN was split into two parts i.e. NSCN (IM) led by Isak Chishi Swu, Muivah and NSCN (K) led by SS Khaplang in 1988. Since then he has been assigned the task of Gen Secy of the NSCN (IM) organisation till date.

He completed Matriculation from Ukhrul High School and later finished his graduation from St Edmunds College in Shillong. He pursued his Masters degree in political Science from Guwahati Cotton College and also studied law.

After finishing education, he went back home and initially rendered his service as a teacher and social worker until fate took its own turn and he decided to work for Nagas’ cause.