Here’s taking a look at some of the most famous women in Hollywood who transformed into Playboy bunnies for the man who said, “I`m never going to grow up.” 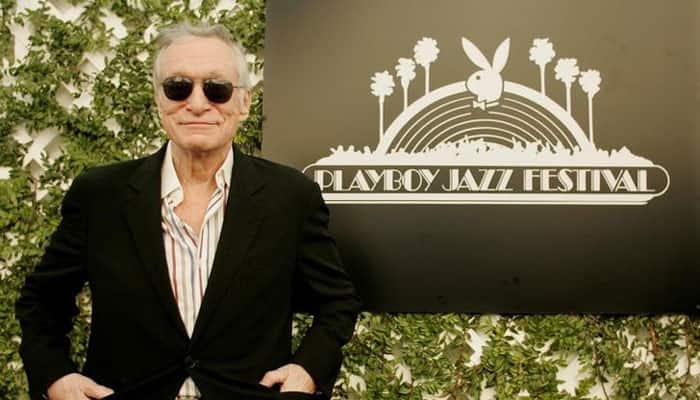 Mumbai: Playboy founder Hugh Hefner breathed his last at his home on Wednesday. He was 91.

He played a key role in ushering in the 1960s sexual revolution with his groundbreaking men`s magazine Playboy with images of semi-nude/ naked women and built a business empire around his libertine lifestyle.

A number of popular women have posed for his magazine.

Here’s taking a look at some of the most famous women in Hollywood who transformed into Playboy bunnies for the man who said, “I`m never going to grow up.”

Kim took to Twitter to express shock over Hefner’s death. She wrote: “RIP to the legendary Hugh Hefner! I’m so honored to have been a part of the Playboy team! You will be greatly missed! Love you Hef! Xoxo (sic).”

RIP to the legendary Hugh Hefner! I’m so honored to have been a part of the Playboy team! You will be greatly missed! Love you Hef! Xoxo

A statement was issued soon after Henfer’s death.

“Hugh M Hefner, the American icon who in 1953 introduced the world to Playboy magazine and built the company into one of the most recognisable American global brands in history, peacefully passed away today from natural causes at his home, The Playboy Mansion, surrounded by loved ones. He was 91 years old,” the statement read.

Hefner's son Cooper also issued a statement in which he traced back his father's journey into spearheading a sexual revolution, along with freedom of expression in the US.

"My father lived an exceptional and impactful life as a media and cultural pioneer and a leading voice behind some of the most significant social and cultural movements of our time in advocating free speech, civil rights and sexual freedom."

"He defined a lifestyle and ethos that lie at the heart of the Playboy brand, one of the most recognisable and enduring in history. He will be greatly missed by many..." Cooper, 26, said of his father.

Hefner founded Playboy with the aim to create a niche and upscale magazine for men - which offered a spread of images of nude women, along with detailed write-ups, interviews and fiction by many a well-known writers.

The magazine came to be recongnised by its logo of the bunny face with a bow tie.

According to reports, he started the magazine with USD 600 and another USD 1,000 that he borrowed from his mother, Grace.

In its first year, Hollywood icon Marilyn Monroe featured as a Playmate on the first centrefold of the monthly magazine, which was a special feature.

In 2015, Playboy stopped publishing photographs of naked women, citing the proliferation of nudity on the internet.

Hefner also hosted a TV show Playboy After Dark and opened a number of nightclubs in 1960, where waitresses wore risque dresses with bunny ears and fluffy white cottontails.

He even hosted reality TV show The Girls Next Door with three live-in girlfriends in The Playboy mansion.