The national side has never come close to qualifying for a World Cup and did not enter the Cup of Nations qualifiers until 1980. 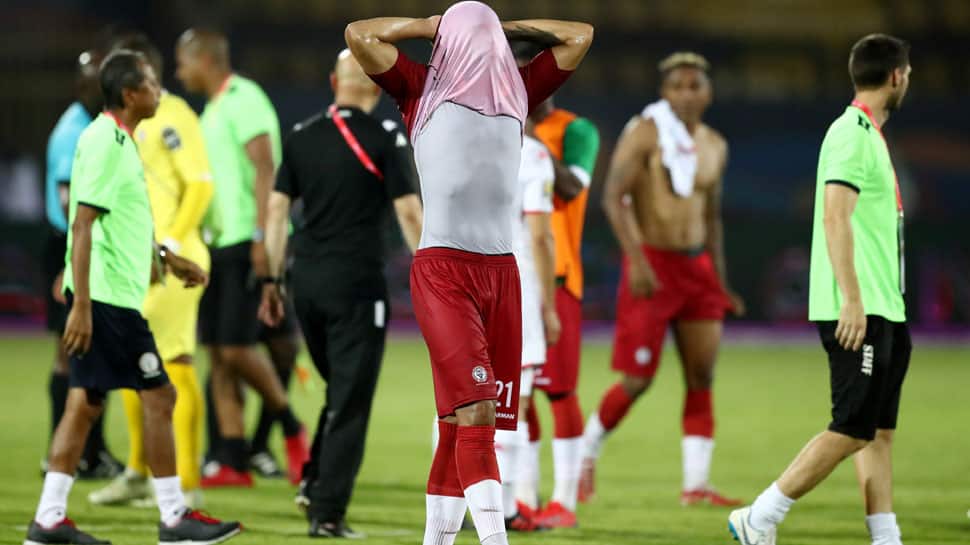 Madagascar`s Africa Cup of Nations dream is finally over and coach Nicolas Dupuis said they risk becoming one-tournament wonders unless there are fundamental changes to football in the country.

The Indian Ocean Islanders confounded observers by reaching the quarter-finals on their debut at the tournament. But, in the wake of their 3-0 defeat to Tunisia on Thursday, Dupuis, who works at a French fourth-tier club to supplement his income, warned that they still had a long way to go.

"There is a lot of work to do with Madagascar. We need to build on the work that has been done to show that hard work pays off, or this could just become a one-off," said the Frenchman. "It`s going to be difficult to do better next time."

The fact that Madagascar were considered rank outsiders in the first place is nothing to do with the country`s size -- it has a population of over 25 million and an area of over half a million square kilometres -- but, rather, it`s lack of footballing tradition.

The country has no professional league, lacks basic football infrastructure, and all of its top players are based abroad, many in the French second tier.

The national side has never come close to qualifying for a World Cup and did not enter the Cup of Nations qualifiers until 1980. Even after that, they withdrew several times during the 1990s and slumped to 187th out of 211 in the FIFA rankings in 2014.

At present, the country`s federation is under intervention from FIFA after failing to hold presidential elections in line with the statutes of the global soccer body, and it does not have a president.

Dupuis, who coaches Fleury in the French fourth division because he says the salary he receives from Madagascar is not enough to live off, said he was not sure whether he would stay in the post.

"I`m someone loyal and my priority is Madagascar," he said. "I don`t know if Madagascar`s priority is to keep me (but) it doesn`t matter much."

He said his feelings towards the country and his players would remain, no matter what.

"I have great affection for my players and for the country," he said. "I`m very touched by the support we have received from the Malagasy people, and the hundreds of people who have travelled here. I think it`s just fantastic."