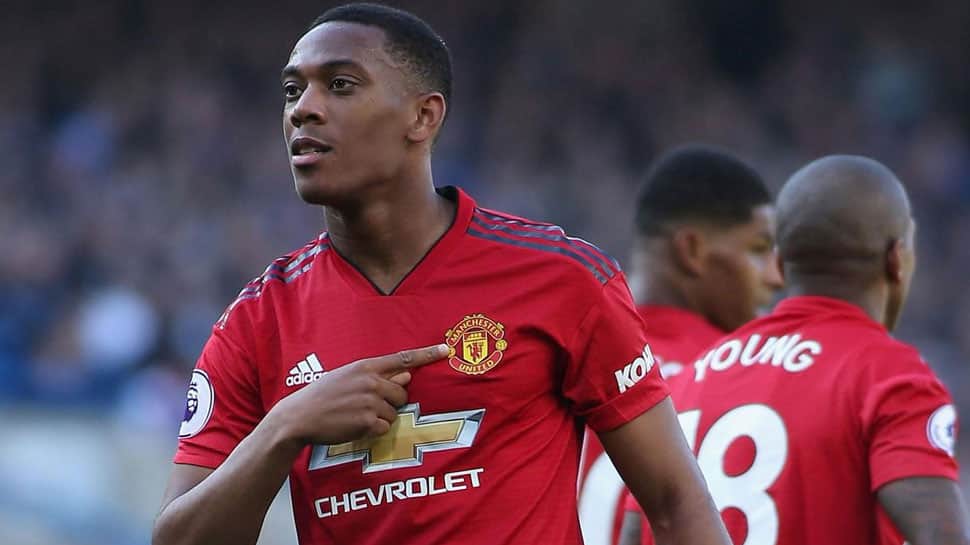 Manchester United`s opening two games of the season have given a clear indication of the direction manager Ole Gunnar Solskjaer is taking his team but have also exposed their limited options.

As well as regretting that spot-kick, United will also look back on their dominance in the first half and wonder why they didn`t go on to add to Anthony Martial`s 27th-minute goal.

Martial, operating as a central striker in the number nine shirt left by the departure of Romelu Lukaku, won plenty of praise for his well-taken goal and his involvement in the team`s attacks.

But it was also evident that the French forward is fighting his instincts to drift out to the left flank in search of possession - a habit that often takes him into Marcus Rashford`s territory and leaves United short in the central area.

Solskjaer, himself a classic goal poacher, has been working directly and personally with Martial on the training ground in an effort to get more out of him centrally and close to the goal.

"The more we get him in positions to score, the more goals he`ll score."

"This was a wonderful goal but (I want him to) add those five extra tap-ins. He’s already had one last week (against Chelsea) so he’s got four more to go at least," Solskjaer said after Monday`s game.

But the most revealing comment from Norwegian regarding Martial came after the opening match when he expressed his delight at the goal but contrasted it with the striker`s all too frequent habit.

Talking of Martial`s first goal of the season, Solskjaer asked: "The thing is, how do you react? Do you drop your shoulders and think. `I`ve scored my goal now?` Or do you get hungrier and realise, `That`s where I score my goals?`

"It`s not out wide on the left-hand side, showing my skills. It`s in that box."

What will be more difficult for Solskjaer to address is the lack of creative quality in his midfield.

United are set up to attack at speed on the break but as a top-six team in the Premier League they are also going to have plenty of matches where they enjoy spells of control and their opponents are content to sit deep and frustrate.

The midfield setup at Wolves featured two holding midfielders in Paul Pogba and Scott McTominay with Jesse Lingard buzzing further forward behind the front three, which included the speedy Dan James on the right.

The pressing was effective, especially with full-backs Aaron Wan-Bissaka and Luke Shaw, contributing from the wide areas. But when the game slowed and United had the ball, the absence of a genuine number 10, a player who can create an opening or fashion something out of nothing, was stark.

That explains why United were reported to be interested in acquiring Christian Eriksen from Tottenham Hotspur. With no opportunity to address that deficiency until the January transfer window, Solskjaer will have to look at juggling his existing resources.

The most obvious option is to push Pogba into a more advanced role, freeing him from his defensive duties.

What is beyond debate however is that United`s back four looks much more solid since the arrival of Wan-Bissaka and Harry Maguire, the 80 million pound ($96.71 million) close-season signing and the world`s most expensive defender.

With a functioning defence and an improving attack, United are well placed for a season of progress after last year`s turmoil but ultimately they will have to spend to add the quality needed to challenge at the top.