Atletico Madrid are slated to lock horns against Leipzig in the last-eight clash of the Champions League at Estádio José Alvalade in Lisbon on August 14. 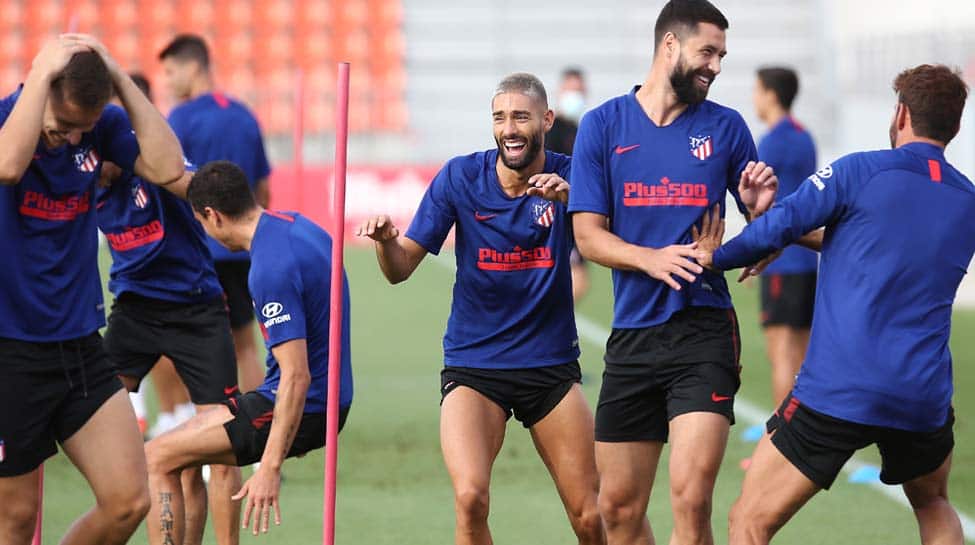 Atletico Madrid have confirmed that two of their members have been diagnosed with the novel coronavirus ahead of the side's Champions League quarter-final clash against RB Leipzig.

Atletico Madrid are slated to lock horns against Leipzig in the last-eight clash of the Champions League at Estádio José Alvalade in Lisbon on August 14.

Ahead of the crucial match, all members of the first team and the club's expedition to Lisbon underwent COVID-19 tests and two of them came back with positive results.

"Yesterday, Saturday 8 August, all members of the first team and the club's expedition to Lisbon underwent PCR tests at the Ciudad Deportiva de Majadahonda as required by UEFA protocol to participate in the quarterfinals of the Champions League. Among the results known today, two positives have appeared, which are isolated in their respective homes, and which were immediately communicated to the Spanish and Portuguese health authorities, UEFA, the Royal Spanish Football Federation, the Portuguese Federation and the Higher Sports Council," the official statement from the club added.

However, Atletico Madrid has not revealed whether the positive cases are players or staff officials.

The club further said that a fresh round of testing will take place on the squad and support team, meaning there could be last-minute changes to travel schedules as well as accommodation plans in the Portuguese capital.

"The club will coordinate the new schedules with UEFA and as soon as there is a new plan it will be made public," the statement added.

Atletico Madrid were due to travel to Portugal on Monday for the quarter-final clash of the Champions League which is being taking place in Lisbon as a precaution against coronavirus rather than taking risk of having teams travel across Europe for home-and-away ties.