Bayern, who face Liverpool in the Champions League last 16 this month and are in German Cup action next week, have 42 points with Dortmund, who drew 1-1 with Eintracht Frankfurt, on 49. 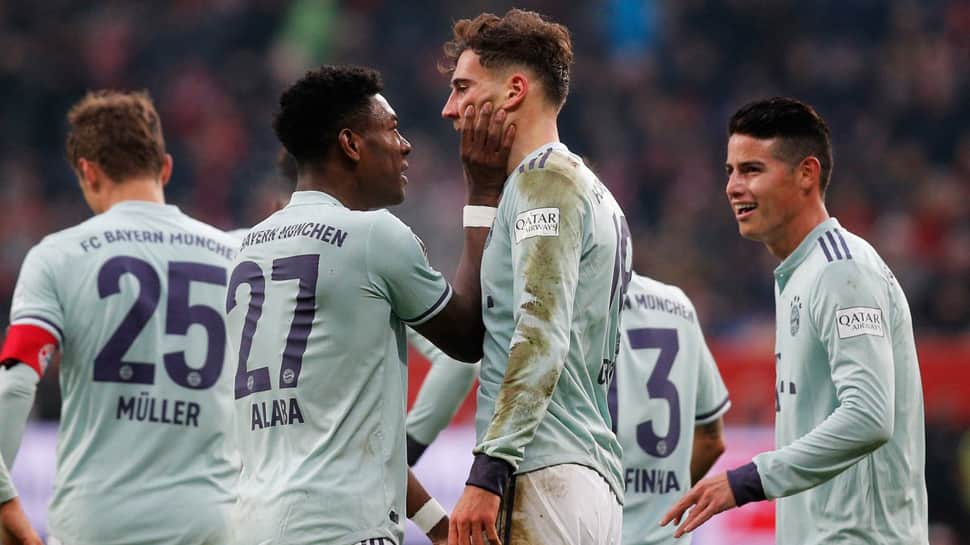 Bayern Munich suffered a 3-1 defeat by Bayer Leverkusen who powered back from a goal down to beat the visitors on Saturday, snapping the champions` seven-game winning run in the Bundesliga and leaving them seven points behind leaders Borussia Dortmund.

Germany international Goretzka headed in a Thomas Mueller`s cross after 37 minutes to put Bayern ahead with his fourth goal in the last three league games.

With Kingsley Coman wreaking havoc down the left wing it looked like a matter of time until the champions scored again.

But Bailey fired home a stunning 25-meter free kick eight minutes after the restart to level and Volland completed a stunning break that caught Bayern`s defence napping to secure the lead.

Julian Brandt could have added another goal for the hosts a little later but Bayern keeper Sven Ulreich tipped his volley round the post. Brandt then set up substitute Alario in the 87th for their third with a simple tap-in after another break.

Bayern, who face Liverpool in the Champions League last 16 this month and are in German Cup action next week, have 42 points with Dortmund, who drew 1-1 with Eintracht Frankfurt, on 49.