Lionel Messi has been in prime form for the Spanish club in recent times, with winger Ousmane Dembele making his presence felt as well. 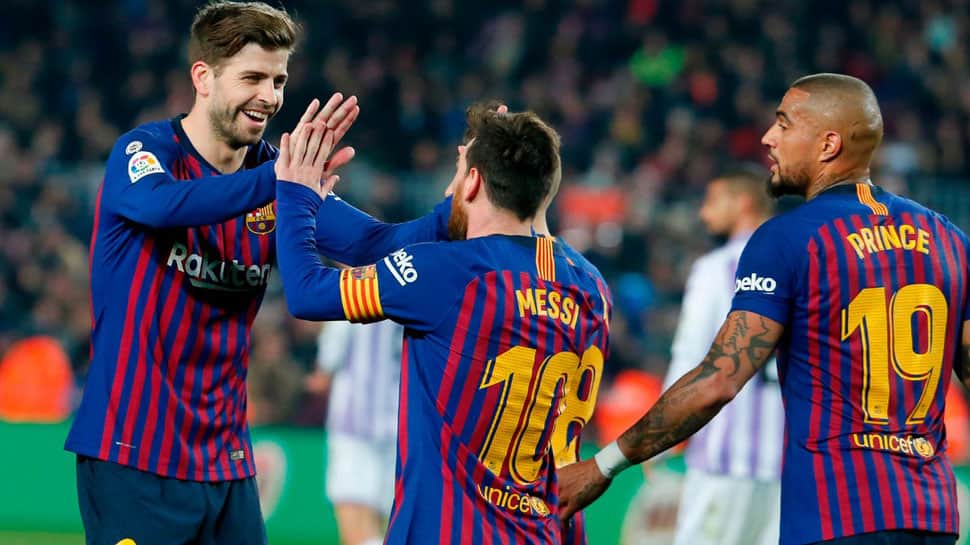 Ligue-1 outfit Olympique Lyonnais who will be missing out on the presence of skipper Nabil Fekir, will look to reduce the influence of talismanic Barcelona striker Lionel Messi, when the two sides face off in the first leg of their Champions League round of 16 clash on Tuesday.

Lyon have reached the knockout stages of the tournament for the first time in seven seasons, and enjoy a favourable record at home after registering a win in five out of nine clashes.

At the same time, Barcelona have failed to register a triumph in their last five away knockout games, recording a draw and four losses since a 2-0 win against English side Arsenal in the 2015/16 edition of the Champions League.

However, Lionel Messi has been in prime form for the Spanish club in recent times, with winger Ousmane Dembele making his presence felt as well.

In such a scenario, Lyon will be looking to draw inspiration from their triumph against Ligue 1 leaders Paris St Germain a couple of weeks ago, as well as a majestic win over English side Manchester City in the group stages.

Both the sides are currently battling injury concerns for the midweek tie with Amine Gouri, Rafael and Ousseynou Ndiaye left out from the matchday squad. Not only this, fitness concerns also prevail over Tanguy Ndombele and defender Jason Denayer.

Barcelona on the other hand, will be missing out on the services of Rafinha, Jasper Cillessen and Thomas Vermalean. However, there is good news in store for the fans following the return of defender Samuel Umtiti after a long term injury.

The clash set to kickstart at 01:30 am IST, will be available for viewership on Sony Ten 2 SD and HD.