On-loan Argentine striker Higuain volleyed home Chelsea`s first goal after a perfectly-timed run on to a 21st-minute cross by Cesar Azpilicueta overlapping with Willian down the right. 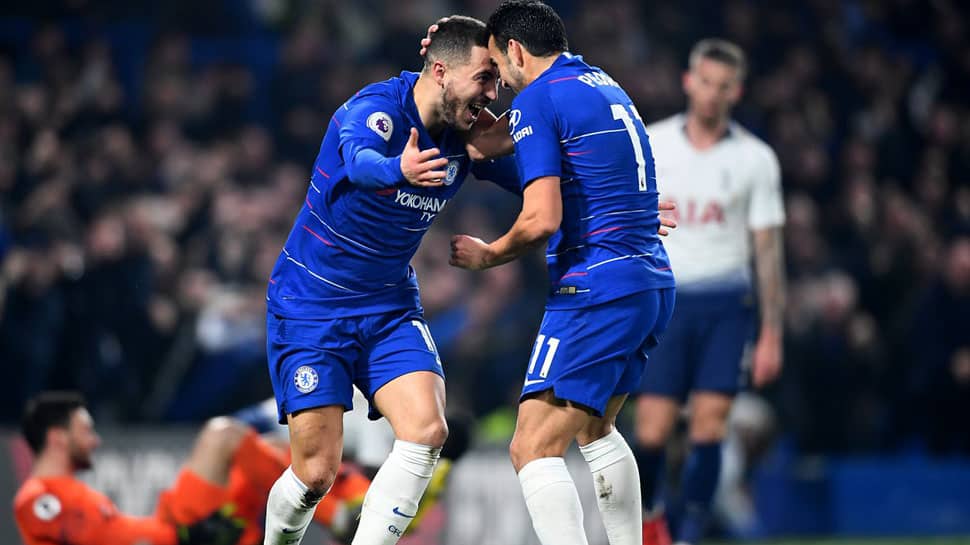 First-half goals from Gonzalo Higuain and Jorginho earned Chelsea a 2-1 win over struggling Fulham in an entertaining southwest London Premier League derby on Sunday but they had to work hard for the points.

On-loan Argentine striker Higuain volleyed home Chelsea`s first goal after a perfectly-timed run on to a 21st-minute cross by Cesar Azpilicueta overlapping with Willian down the right.

It was Parker`s first game in charge following the sacking of Claudio Ranieri, a former Chelsea boss, after less than four months in charge.

The jubilation was short-lived. Brazilian Jorginho put Chelsea back in front in the 31st minute, thumping in a ball by Eden Hazard from outside the area.

Chelsea`s Kepa Arrizabalaga was back in goal after being dropped in midweek over his refusal to be substituted during last Sunday`s League Cup final. He had to deal with a swirling wind off the Thames river and make a series of sharp saves from Aleksandar Mitrovic, Tom Cairney, Ryan Sessegnon and Joe Bryan.

Fulham were on top for significant periods of the second half and had a goal disallowed for offside but the result kept them 19th, 10 points from the safety zone while Chelsea stayed sixth but moved to within a point of fifth-placed Arsenal.