The Saints are still in the danger zone, in 16th place, but they are unbeaten in five games and have collected eight points from a possible 12 in their last four away games. 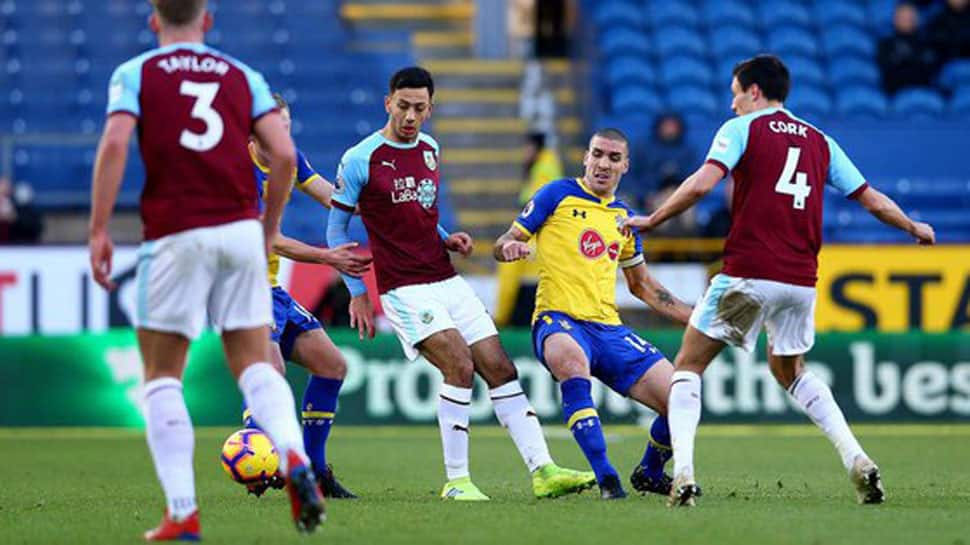 A penalty in the final minute of injury time stopped Southampton from taking all three points from their Premier League trip to Burnley on Saturday but manager Ralph Hasenhuettl put his disappointment aside to focus on his team`s impressive run of form.

The Saints are still in the danger zone, in 16th place, but they are unbeaten in five games and have collected eight points from a possible 12 in their last four away games.

Two points slipped through their grasp when Ashley Barnes levelled from the penalty spot in the fourth minute of stoppage time but Hasenhuettl said that despite the late blow the result was reasonable.

"The only frustration is it happened in overtime and the way it happened was disappointing. That’s really something which can hurt but over the 90 minutes they also had a few chances, hit the bar and there were good saves from Alex McCarthy twice, so I think 1-1 is not unfair.

"We know we played a good game, football wise we were the better team. It’s always difficult to defend against such a physically strong team. We were close to a clean sheet but not close enough," he said.

The Austrian declined to discuss the decision to penalise defender Jack Stephens for a handball.

"We got a penalty in overtime and that’s football but we are looking positive because we are now unbeaten in five games. It’s not too easy to beat us at the moment," he said.

One positive was the first Premier League start for 19-year-old midfielder Callum Slattery and the youngster believes the team are on the right track.

“We’re very disappointed that we didn’t come away with all three points. I feel like we’ve been hard done by with a decision but that happens," he said.

“We’ve picked up the momentum and we’re on a good run. It would’ve been nice to take the three points but we didn’t come away with nothing."