The visitors dominated possession and were denied by some desperate Palace defending, with goalkeeper Vicente Guaita pulling off a series of good saves in the first half. 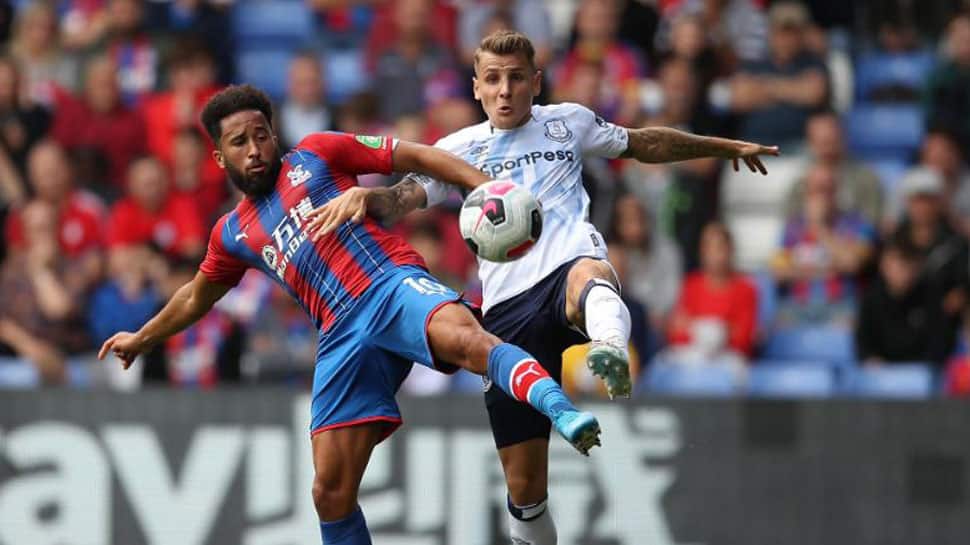 Everton missed a string of chances to start their Premier League campaign on a winning note after they were held 0-0 at Crystal Palace on Saturday.

The visitors dominated possession and were denied by some desperate Palace defending, with goalkeeper Vicente Guaita pulling off a series of good saves in the first half.

Everton missed their best opportunity in the 14th minute when Richarlison`s shot was cleared off the line by the home side`s towering striker Christian Benteke.

Palace sprung to life after the break and came close twice inside a minute when Everton and England keeper Jordan Pickford kept out a Jordan Ayew sitter and then produced a fine reflex save with his foot to deny Max Meyer.

Pickford was pleased with the outcome after Everton were forced on the defensive in the closing stages.

"We could have created a couple more chances but we got the clean sheet," Pickford told the BBC.

"There was a lot of wind, but we came away and didn`t get beat, so we can build some momentum for next week."

"We went down to 10 men and played well, managed the game. We knew Palace would come at us a bit more but we dealt well with it as a defensive unit."

Palace lacked bite up front after manager Roy Hodgson left want-away forward Wilfried Zaha, who was denied a move to Everton during the summer transfer window, on the bench.

Zaha made little impact after coming on as a second-half substitute and Richarlison came close for the visitors again before they had Morgan Schneiderlin sent off in the 76th minute for a reckless tackle on Luka Milivojevic.

Benteke rued his side`s inability to capitalise on their numerical advantage in the second half.

"First half, they had some great chances but we came back in the second and deserved a goal," said the Belgian. "We played a great side... we were sharper and stronger in the second half."