Fourth in the table, the Blues made the most of Arsenal`s slip-up earlier in the day against West Ham to open up a six-point lead over the fifth-placed Gunners, whom they face next week at the Emirates. 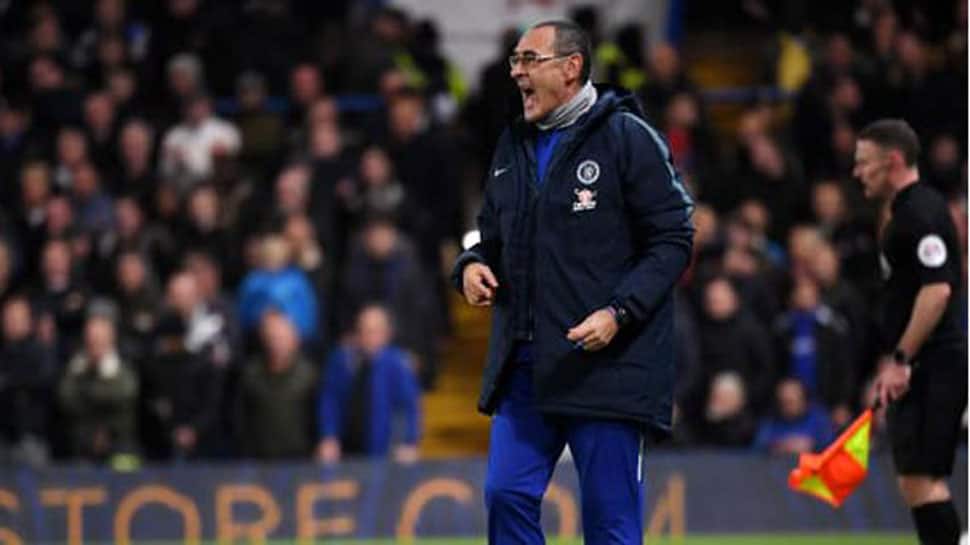 Even though Chelsea breezed past Newcastle United 2-1 on Saturday, boss Maurizio Sarri says he needs replacements in midfield if they are to keep up their push for the last automatic Champions League spot in the Premier League.

Fourth in the table, the Blues made the most of Arsenal`s slip-up earlier in the day against West Ham to open up a six-point lead over the fifth-placed Gunners, whom they face next week at the Emirates.

Chelsea are, though, troubled by speculation about players leaving the club.

Willian, who netted Saturday`s winner, has been linked to a big-money move to Barcelona and midfielder Cesc Fabregas may also be on his way out of Stamford Bridge.

"You know very well that Willian for us is really a very important player," Sarri told reporters after the 30-year-old Brazilian tormented relegation-threatened Newcastle United.

"We need wingers, so we need Pedro, we need (Callum Hudson-) Odoi, we need Willian of course. For us, in this moment, he is a fundamental player."

Despite having plenty of players on their books, Sarri said Chelsea lacked depth in key positions such as central midfield.

"As you have seen, today Jorginho was in trouble and on the bench there wasn`t a player for that position, so I need a player, I need an option for Jorginho," the Italian explained.

"The club knows very well my opinion, I need the player there (but) it depends on the club decision."

Whatever chance Sarri has of convincing his club to splash out, Newcastle manager Rafael Benitez is not expecting much in the way of reinforcements in this month`s transfer window.

"In these kinds of games against the top sides, sometimes one player can make the difference," Benitez told reporters after Newcastle slipped into the bottom three with 18 points, one behind Cardiff City, from 22 games.

"What I can see is that we have to stay calm -- it`s a long-distance race, next week against Cardiff will be massive but still we have to win more games."

With travelling Newcastle supporters once again expressing distaste for owner Mike Ashley, Benitez praised his team but would not be drawn into speculation about transfer targets for the club.

"We have to be better than three teams, and if we play like today, we`ll do it."