Tottenham will next play against Borussia Dortmund at home in the first leg of the last-16 in the Champions League. 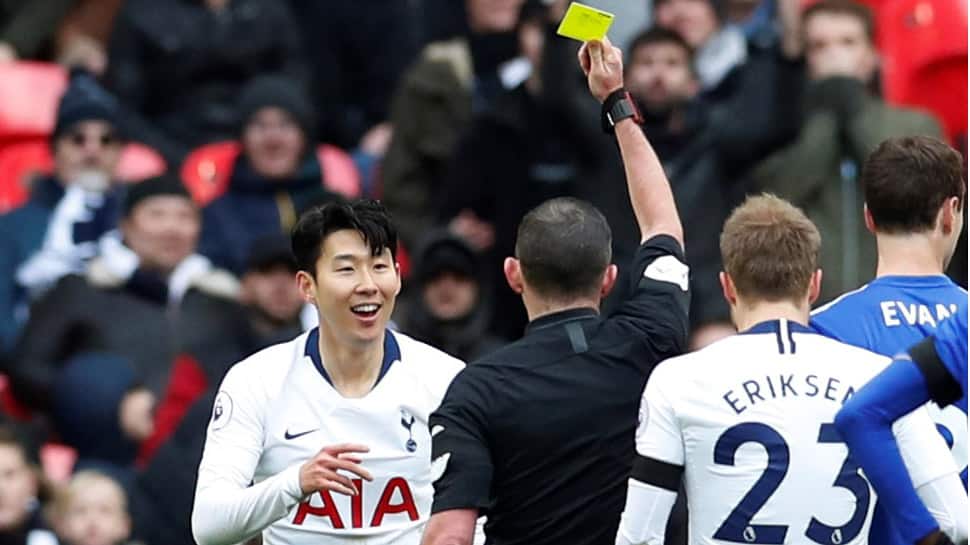 Tottenham Hotspur's Son Heung-min deserved a penalty in the 3-1 home win over Leicester City on Sunday and it was "unbelievable" that he was booked for diving instead by referee Michael Oliver, manager Mauricio Pochettino has said.

Son appeared to be tripped by Leicester defender Harry Maguire in the first half, but Oliver brandished a yellow card to the South Korea international with replays showing Maguire's boot had made contact with his shin.

"It was a penalty, the same referee," he added as he recalled an incident when the club were denied a penalty against Liverpool earlier this season.

Leicester were awarded a penalty in the second half, which Jamie Vardy missed, when midfielder James Maddison appeared to be fouled by Spurs defender Jan Verthongen.

Pochettino said that Son's penalty call was an easier decision to make.

"I'm more relaxed because we won the game, three important points we got, but so disappointed with the situation because everyone wants to talk about different clubs or players.Do you think we are a team that is trying to cheat the referee? Come on, we are the most innocent people on the pitch," he concluded.

Tottenham will next play against Borussia Dortmund at home in the first leg of the last-16 in the Champions League.