Carroll, who joined West Ham on loan from Liverpool in 2012, helped the newly-promoted side retain their top-flight status before making his move permanent the next year. 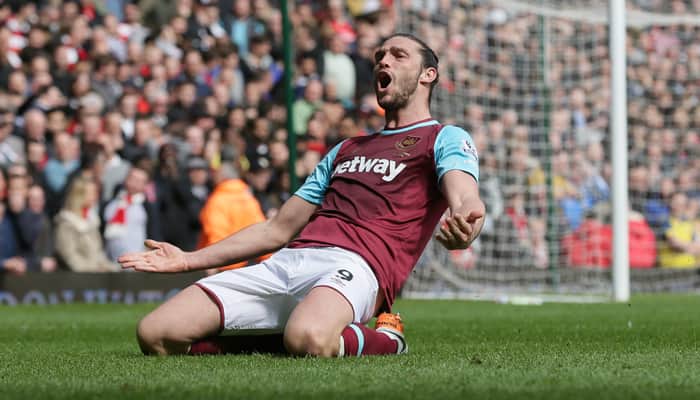 West Ham United striker Andy Carroll and goalkeeper Adrian are among four senior team players set to leave the club when their contracts expire at the end of next month, the Premier League side said on Wednesday.

Carroll, who joined West Ham on loan from Liverpool in 2012, helped the newly-promoted side retain their top-flight status before making his move permanent the next year. He scored a total of 34 goals for the club in all competitions.

Adrian made 150 first team appearances for West Ham since arriving in east London from Spanish club Real Betis in 2013.

"Andy and Adrian have both been great servants to West Ham throughout their time at the club and we thank them for their loyalty and commitment to the Claret and Blue cause," joint-chairmen David Sullivan and David Gold said in a statement on the club`s website.

"Both have provided us and our fellow supporters with some unforgettable moments, whether they were sensational scissor kicks and unstoppable headers in Andy`s case, or penalty saves in Adrian`s."