Lyon succumbed to Remi Walter's second-half penalty at Nice and are now six points behind second-placed Lille, who won 2-0 at En Avant Guingamp. 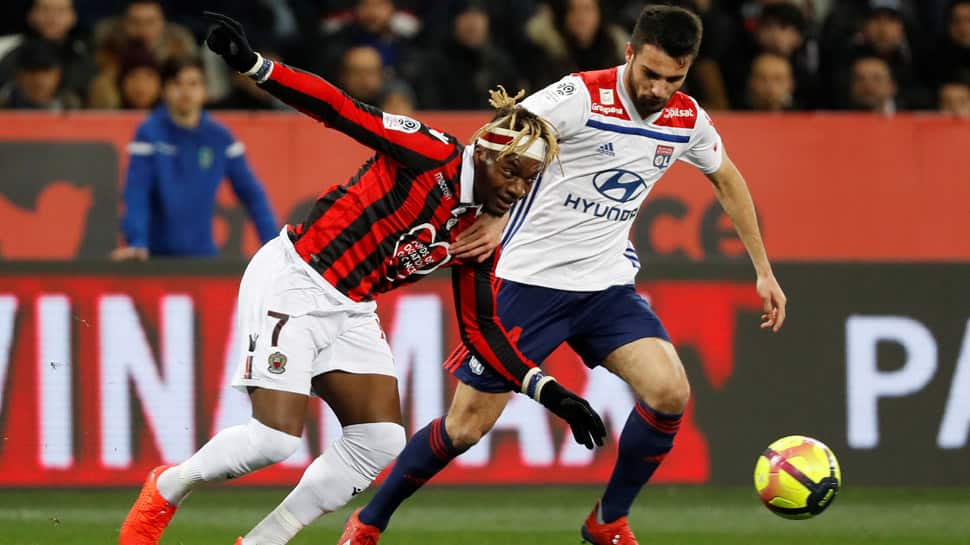 Olympique Lyonnais lost 0-1 against OGC Nice, after having two goals disallowed as they conceded ground in the race for second place in Ligue 1 on Monday.

Lyon succumbed to Remi Walter's second-half penalty and are now six points behind second-placed Lille, who won 2-0 at En Avant Guingamp to take their tally to 49 points from 24 games.

Bruno Genesio's side dominated the first half and thought they had opened the scoring in the 15th minute through Bertrand Traore but Nabil Fekir, who set him up, was ruled offside.

Three minutes later, Fekir put the ball past goalkeeper Walter Benitez but the goal was disallowed because Moussa Dembele, who was in front of the striker, was offside.

The visitors continued to push forward but the Nice defence held firm and in the 69th minute a Tanguy Ndombele foul gave Patrick Vieira's side a penalty, which was converted by Walter.

The result took Nice up to seventh place on 37 points.

Lille won at Guingamp with second-half goals by Rafael Leao and Loic Remy, who sealed the win with a stoppage-time penalty.