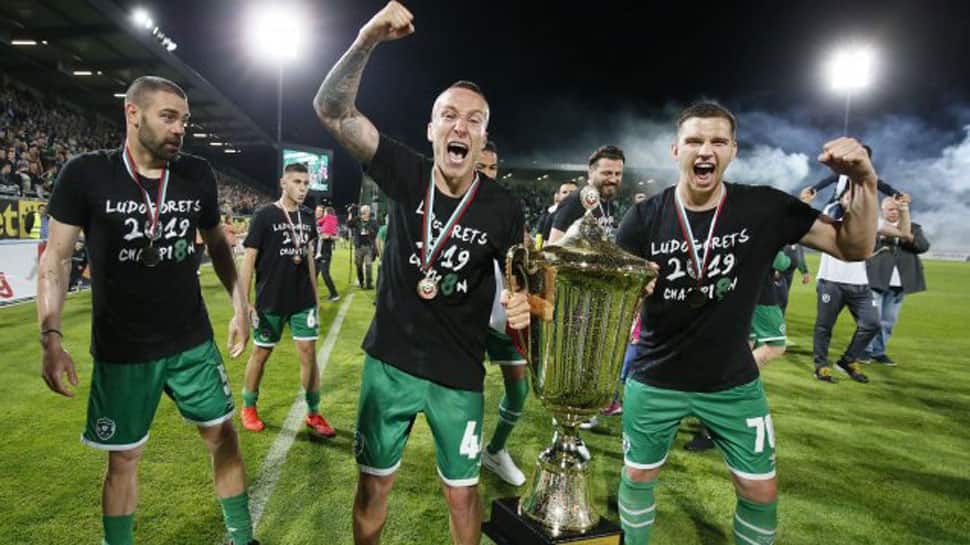 Ludogorets comfortably beat Cherno More Varna 4-1 at home on Friday to win the Bulgarian league title for the eighth season in a row but their final-day win was overshadowed by the visitors` decision to field a weakened team.

The Varna-based side, however, drew media, pundits and fan criticism after half a dozen of their key players, including in-form keeper Ivan Dyulgerov, centre backs Plamen Dimov and Viktor Genev and playmaker Georgi Iliev, were left out of the squad.

"We`re shocked but the management told us (before the match) that these players will not be part of the team anymore," Cherno More coach Ilian Iliev said.

Ludogorets won their maiden top-flight promotion in 2011 and clinched their first title the following year. The Razgrad-based side have also lifted two Bulgarian Cups and three Supercups in the last seven years.

The Eagles have had eight different coaches since their eight-title run began and this season was the second title for Stoycho Stoev, who led the team to a domestic double in 2014.

In October Brazilian Paulo Autuori left the club four months after being appointed as coach.

Ludogorets will go into the Champions League`s qualifying rounds.