Serbian teenager Kecmanovic failed to convert any of his three break-point opportunities against a ruthless Raonic, who unleashed a torrent of punishing groundstrokes on a sunny and breezy day in Indian Wells. 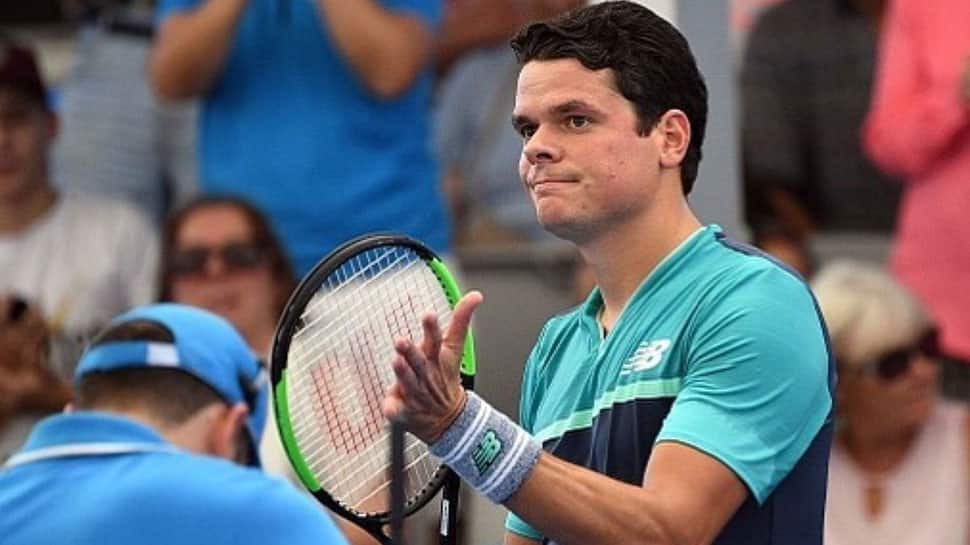 Canadian Milos Raonic fired down 13 aces to defeat Miomir Kecmanovic 6-3 6-4 and set up a BNP Paribas Open semi-final against Dominic Thiem after the Austrian`s opponent, Gael Monfils, withdrew injured before their match on Thursday.

Serbian teenager Kecmanovic failed to convert any of his three break-point opportunities against a ruthless Raonic, who unleashed a torrent of punishing groundstrokes on a sunny and breezy day in Indian Wells.

The 13th seed`s serving accuracy was not as precise as it has been, with just over half of his first deliveries finding the target, but when he was able to get one in play the Canadian won 88 per cent of those points.

"In a few key moments my serve really helped me out," said Raonic, who reached the semis for the second year in a row.

"I just tried to play consistent, be aggressive when I had the first chance."

The Canadian will face Thiem for a place in the final after the seventh seed`s quarter-final opponent Monfils said he was unable to play due to an injured Achilles.

"I tried to warm up and my left Achilles was very painful for the last couple of days," the Frenchman told the crowd.

"Tonight I tried to hit a little bit and I can`t compete 100 percent."

"I am so sorry to put myself in this situation and I would like to thank you for everything you`ve given me this week and again I`m sorry for tonight."

The injury is a setback in an otherwise impressive season for Monfils, who has notched 15 wins, the most of any player on the ATP Tour.

Raonic has defeated Thiem in their two previous meetings, both of which came on hard courts in 2016.