Molde owners will support me if I stay at Manchester United: Caretaker boss Ole Gunnar Solskjaer

Solskjaer, who was loaned to United by Molde until the end of the season, said that the Norwegian club`s owners, businessmen Kjell Inge Rokke and Bjorn Rune Gjelsten, would support him if he stayed at United. 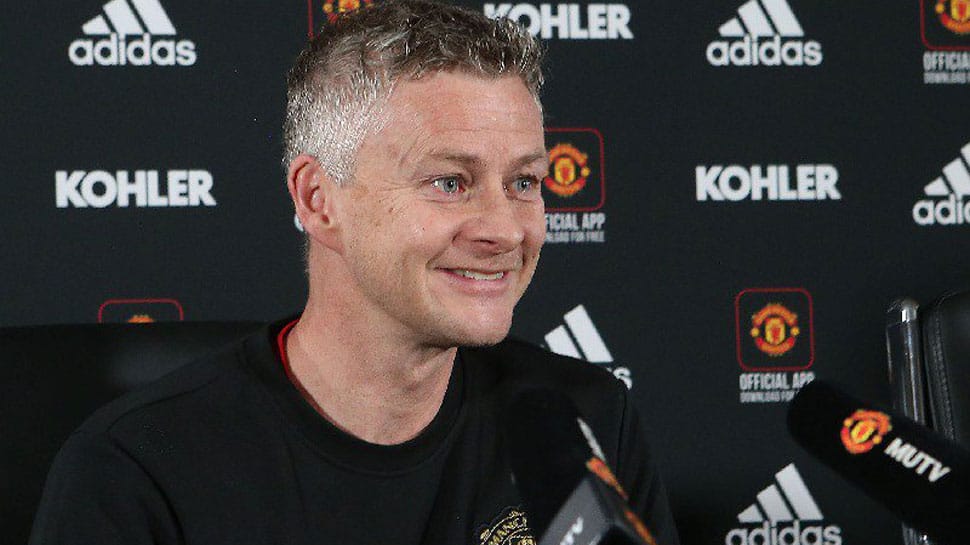 Manchester United caretaker boss Ole Gunnar Solskjaer has said that the owners of Norwegian club Molde sent him to Old Trafford with their blessing and asked him to try to turn his temporary stint at the club into a permanent role.

Solskjaer, an ex-United striker who played under former manager Alex Ferguson, has revitalised the team since taking over from the sacked Jose Mourinho in December, sparking a seven-game unbeaten run in the Premier League.

United were 11 points off the top four when Solskjaer was appointed, but have since narrowed that gap to five points ahead of their trip to Leicester City later on Sunday, making the Norwegian a strong candidate to be given the job permanently.

Solskjaer, who was loaned to United by Molde until the end of the season, said that the Norwegian club`s owners, businessmen Kjell Inge Rokke and Bjorn Rune Gjelsten, would support him if he stayed at United.

"When I rang the owner and said United had called and that he always knew that this had been my dream, he said: `Go over, enjoy yourself - and please don`t come back`," Solskjaer told British media ahead of Sunday`s match.

"Both owners wished me all the best because they knew this is something I dreamed about. To get the backing from them was fantastic. If I go back to Molde, I will do my best for them - but it depends when I go back."

Solskjaer added that he would be happy to keep advising United`s hierarchy on matters such as player transfers even if he did not become permanent manager, saying his knowledge of the club`s culture gave him a useful perspective.

"I am always in the position to tell United who they should look at, and that will continue after the summer if I`m not still here," he said. "I will always advise the club, especially if they ask me."