Sterling continued his rich vein of form with England as he netted a goal besides an assist during the side's 4-0 win over Bulgaria in the Euro 2020 qualifier. 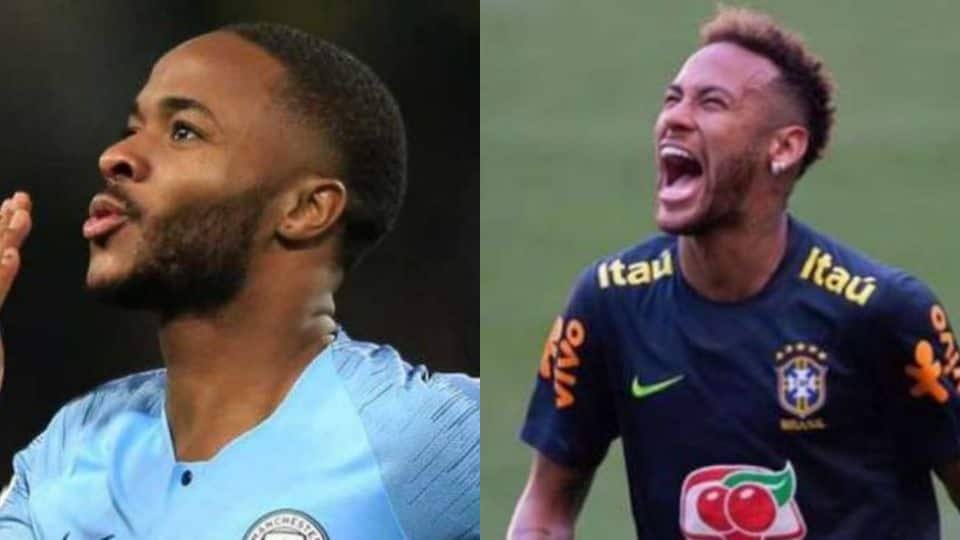 Sterling continued his rich vein of form with England as he netted a goal besides an assist during the side's 4-0 win over Bulgaria in the Euro 2020 qualifier.

Neymar, on the other hand, made a return for Brazil from an ankle injury with a goal during a 2-2 draw against Colombia.

However, Marseille forward Cascarino said that he would prefer Sterling over Neymar.

“Who would you rather have: Neymar or Sterling? I’d have Sterling as a player.Try to ignore the antics that have gone on with Neymar off the field, I actually think Sterling’s better on the field," goal.com quoted the former footballer as saying to talkSPORT.

“His numbers are better and he’s playing in a better team. I’ve seen Neymar do things that no other footballer can do in the game, like a ‘Harlem Globetrotter’ footballer.But if you want a player to be brilliant for the team and score goals at the rate Neymar can, Sterling’s your man," he added.

Cascarino further lauded Sterling, saying that the latter's improvement has been dramatic and that he is among the top five players in the world.

“I would definitely argue he’s in the top five players in the world.What excites me about Sterling is the improvement. The improvement has been dramatic.If he continues to improve, he’ll become the first or second [best player in the world] and probably win the Ballon d’Or along the way," the former Chelsea striker said.

It is to be noted that Sterling has scored more goals and made more assists than Neymar while playing at the same position on the left wing last season. He has also lifted more trophies for City than Brazilian star Neymar, whose last season was cut short due to injury.