Diaz, 19, played a total of only 50 minutes for City in the Premier League last season but has not featured in the league this campaign. 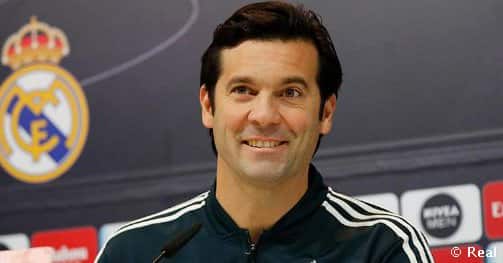 Real Madrid are set to sign Spain under-19 international forward Brahim Diaz from Manchester City for an initial fee of around 15 million pounds ($19.09 million), according to reports in British and Spanish media on Saturday.

Diaz, 19, played a total of only 50 minutes for City in the Premier League last season but has not featured in the league this campaign. He has made three League Cup starts this term, scoring twice in a 2-0 win over Fulham in November.

The signing of Diaz is the latest example of Madrid`s aggressive transfer policy in recent years which has seen them hoover up young Spanish talent with varying success.

They signed Alvaro Odriozola from Real Sociedad last June for a reported 30 million euros ($34.18 million), although the 23-year-old has only started seven of 17 league games this term.

Dani Ceballos, a 16 million euro acquisition from Real Betis in 2017, has also failed to hold down a place in Santiago Solari`s side while Theo Hernandez, who switched from neighbours Atletico Madrid last year, is on loan at Real Sociedad.

Even leading Spain internationals such as Marco Asensio and Isco have struggled to make an impact for Madrid this season.

Asensio, signed from Real Mallorca in 2014, has only scored once in all competitions this term and is currently injured, while Isco, who joined the club from Malaga in 2013, has not started a league game since October.

Despite Madrid`s recent targeting of the best young talent in the country, only three Spanish players started in Real`s 2-2 Liga draw against Villarreal on Thursday.

Dani Carvajal, 26, and Lucas Vazquez, 27, both came through Madrid`s youth set up, benefitting from loans at Bayer Leverkusen and Espanyol respectively, while Real captain Sergio Ramos, 32, was signed from Sevilla back in 2005.