Kazakhstan ranked 117th in the world, sealed a memorable victory in Nursultan with two goals in the first 10 minutes and added another just after halftime to send the Scots crashing to a humiliating defeat. 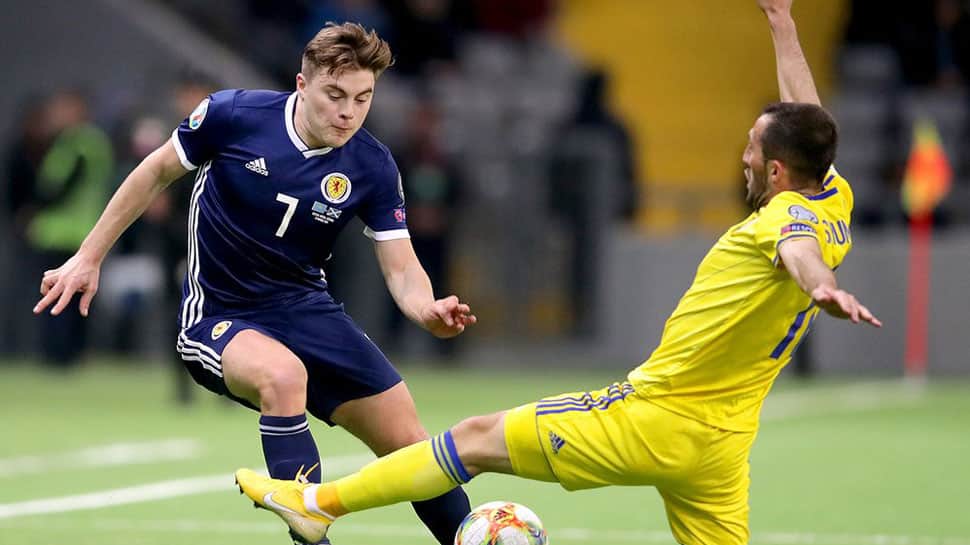 Scotland manager Alex McLeish shrugged off questions about his future after his team`s abject 3-0 defeat by Kazakhstan in their opening Euro 2020 qualifier on Thursday, saying that he is 'pretty good at bouncing back'.

Kazakhstan, ranked 117th in the world, sealed a memorable victory in Nursultan with two goals in the first 10 minutes and added another just after halftime to send the Scots crashing to a humiliating defeat.

"I will just continue to do my job," McLeish told reporters when asked if the result raised the possibility of him leaving.

"Suffice to say I`m not going to get drawn into that question."

"I don`t really rank defeats. I always feel low after a (defeat) but I`m pretty good at bouncing back."

With nine qualifiers remaining for Scotland, McLeish`s team still has time to turn their campaign around.

"It`s never finished until it`s finished," he added. "We bounced back from a poor performance in Israel (in the Nations League) and that`s what we must do after this game."

"We have other players to come back, players with more experience who have to come back to the Scotland squad. Obviously, we need to have as strong a squad as we can if we`re going to be strong in qualification."

Scotland are already guaranteed a place in the Euro 2020 qualification playoffs because of their progress in the Nations League.

McLeish`s men visit San Marino next, with Belgium, Russia and Cyprus the other teams in the qualification group.