Dyche's side have picked up 10 points from their last four Premier League games to move three points out of the relegation zone. 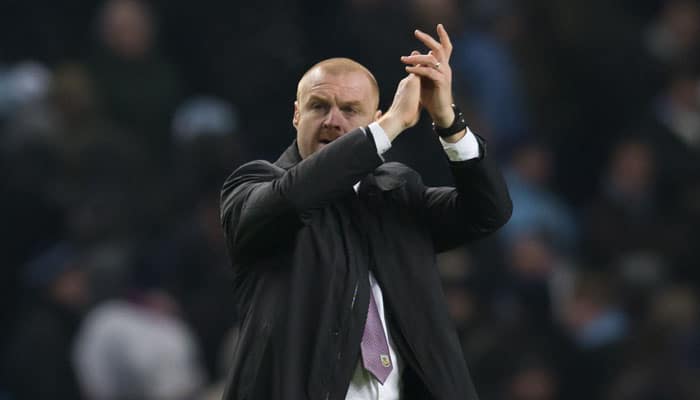 Burnley manager Sean Dyche has said that his side`s 0-5 FA Cup fourth-round hammering by Manchester City would "get parked quickly", with Premier League survival the only thing that mattered.

City were in a ruthless mood at the Etihad Stadium once Gabriel Jesus had opened the scoring in the 23rd minute.

Bernardo Silva, Kevin De Bruyne and Sergio Aguero were also on target for Pep Guardiola`s slick side, with a Kevin Long own goal completing the demolition.

Dyche, whose side have picked up 10 points from their last four Premier League games to move three points out of the relegation zone, revealed his priorities by ringing the changes for the trip to City.

With a Premier League game away against Manchester United in midweek, only James Tarkowski, Charlie Taylor, Jeff Hendrick and Dwight McNeil were retained from the side that drew with Watford a week ago and an upset never looked likely.

"It was not about us, it was about them -- they have elite players and they are so clinical.We patched together a team today so I`m not too disgruntled. We are out of the Cup, which I have a lot of respect for, but our bigger goal is the Premier League," Dyche said.

"Who is going to stop them winning everything if they are in that mood? They are a top, top team and if you catch them on a day like today they punish every mistake you make.But I`m not going to over-think this one, it gets parked quickly, as the bigger fight is the Premier League," he added.

City have now scored 30 goals in seven straight wins in three separate competitions since the turn of the year.

After a blip around Christmas, Guardiola`s side are purring as they chase silverware on four fronts.

"I`m delighted to have won the game, we have a lot of games in our life, and everyone was so professional and so focused.There is a desire to play good and always improve," Guardiola, whose side will face Chelsea in the League Cup final, said.

"The important thing is we create more and concede fewer and in every game we try to play, play, play as much as possible.It is important for everybody, we know the tradition and here the FA Cup is so important. We want to go through and we want to play the later stages," he added.