The Manchester City forward scored England`s equaliser and provided three first-half assists in a pulsating 5-3 victory to keep his side top of Euro 2020 qualifying Group A. 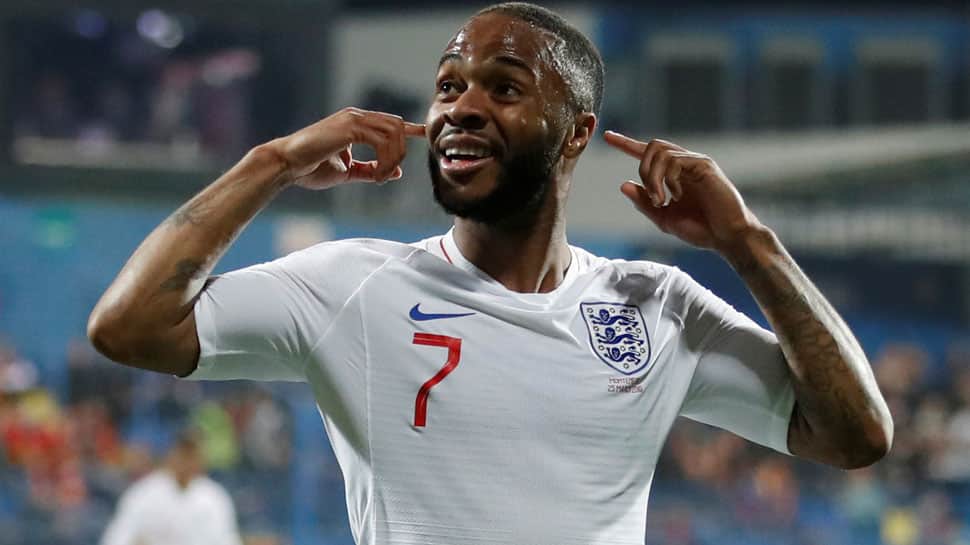 England manager Gareth Southgate was asked this week whether Harry Kane was `undroppable` but the same question must now be raised about Raheem Sterling who he described as "unstoppable" after a dazzling display against Kosovo on Tuesday.

The Manchester City forward scored England`s equaliser and provided three first-half assists in a pulsating 5-3 victory to keep his side top of Euro 2020 qualifying Group A.

Sterling has now scored six goals in four matches during the qualifying campaign, the same as Kane, and eight in his last eight appearances for his country, on top of four assists.

It is hard to believe this is a player who scored only twice in his first 45 England appearances and this time last year had gone three years and 27 games without a goal for his country.

The raw material was always there but Sterling often appeared to be trying too hard, complicating things and failing to offer an end-product to his jinking runs.

City boss Pep Guardiola has harnessed Sterling`s many weapons, however, and turned him into one of the most-feared forward`s in world football -- both as a goalscorer and creator, as was witnessed at St Mary`s on Tuesday.

His seventh-minute equaliser, after Kosovo had taken the lead inside 40 seconds, was a poacher`s effort, nodding home from close range. After that, helped by Kosovo`s expansive tactics, Sterling was the catalyst for everything England did.

He span on a sixpence on the halfway line before marauding forward and playing the perfect pass to strike partner Kane to lash home England`s second. He then terrorised Kosovo`s defence twice more to lay two goals on a plate for winger Jadon Sancho.

Some may say Kosovo, ranked 120th in the world but far better than that, were too accommodating. But few defenders in world football would relish trying to stop Sterling at present.

"Raheem`s two performances (against Bulgaria and Kosovo) have been of the highest level," Southgate said. "He has been almost unstoppable. His awareness of where defenders were, the ability to ride challenges, his vision and desire to get in on goal, and unselfish play as well. I can`t speak highly enough."

Sterling was voted Football Writers` Footballer of the Year last season, gaining 62% of the vote from around 400 British journalists and the 24-year-old has already scored five goals in four Premier League games for City this season.

"I thought it was one of my best England performances in the first half," said Sterling, who has not looked back since scoring twice in a 3-2 Nations League win in Spain a year ago.

"Going on that long drought, I wasn`t really looking at my stats until I saw how bad they were, and then I put pressure on myself to better. From that night in Spain with those two goals, I knew I would kick on from here."

"It`s been a good start to this season and I just want to keep scoring goals."