The funeral procession of the former defence minister will take place from Kala Academy in Panjim at 4 pm after which his last rites will be performed at Miramar at 5 pm. 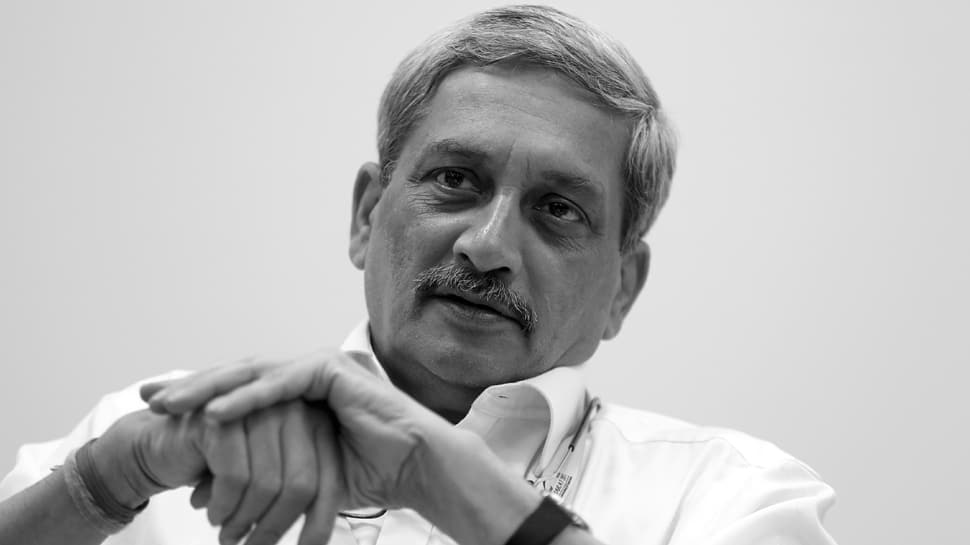 PANAJI: Late Goa Chief Minister Manohar Parrikar who died on Sunday after prolonged illness will be cremated with full state honours on Monday. His mortal remains will be kept at the Bharatiya Janata Party (BJP) head office in Panjim between 9:30 am to 10:30 am before being moved to Kala Academy where the public can pay their last respect from 11 am to 4 pm.

The funeral procession of the former defence minister will take place from Kala Academy in Panjim at 4 pm after which his last rites will be performed at Miramar at 5 pm.

Goa will be observing a seven-day-mourning when the flag will fly at half-mast to grieve the loss of Parrikar who lost his life as the Chief Minister. "As a mark of respect to the departed dignitary, seven days' State Mourning will be observed throughout the state of Goa from March, 18 to March 24, both days inclusive. During the period of State Mourning, the National Flag will fly at Half Mast on all the buildings throughout the state of Goa where it is regularly flown and there will be no official entertainment," an official statement said.

The Centre has also announced a National Mourning on March 18. The Union Cabinet will be meeting on Monday to pay condolence to the deceased leader.

Several ministers and dignitaries are likely to be in Goa to pay homage to the late leader. Home Minister Rajnath Singh and Chief Ministers of various BJP ruled state are likely to arrive in Goa on Monday.

The BJP leader had been undergoing treatment for pancreatic ailment in hospitals in New York, Goa, Mumbai and Delhi since February 2018 and had made rare public appearances in the past few months.

Though four-term chief minister had been unwell for over a year, his health had taken a turn for the worse in the past two days. As per reports, he was put on life support system late on Saturday night. He breathed his last around 6.40 pm on Sunday. A widower, Parrikar is survived by his two sons and their families.