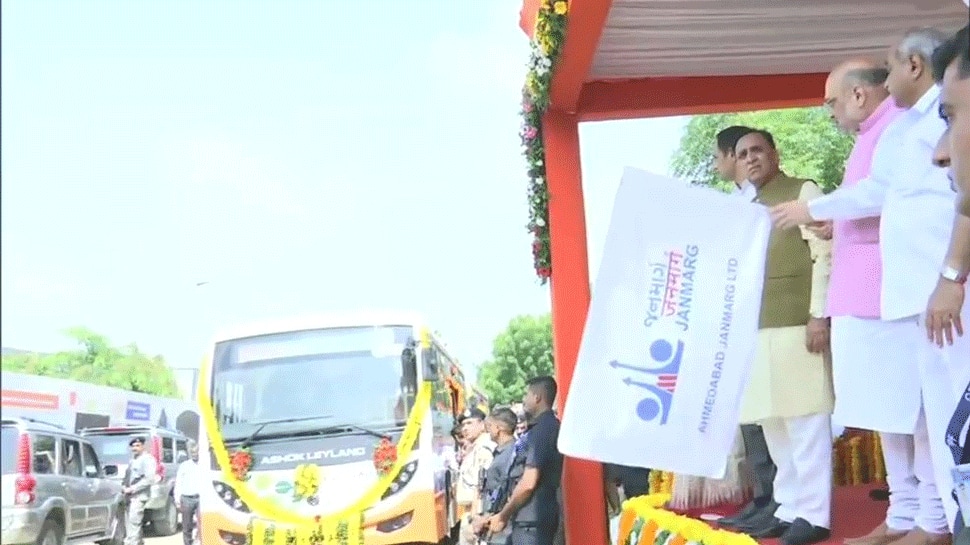 He also inaugurated the country's first automated battery charging and swapping station for e-buses in Ahmedabad.

The Home Minister attended an event organised by the Ahmedabad Municipal Corporation to mark culmination of the civic body's tree plantation drive, which is aimed at planting 10 lakh trees in Ahmedabad.

This also marked the culmination of a 3-month-long campaign ''Mission Million Tree'' in the city.

Later in the day, Shah, who represents Gandhinagar Lok Sabha seat, will attend a meeting of "Disha", formerly known as District Development Coordination and Monitoring Committee.

Disha initiative is meant for the effective implementation of Central schemes at the local level.

He would conclude his visit after attending the 7th Convocation ceremony of the Gandhinagar-based Pandit Deendayal Petroleum University.

Mission Million Tree was launched with an aim to make Ahmedabad the greenest city of India and it will continue till this goal is achieved.