Most of the students who died were in the age group of 14 to 17 years. 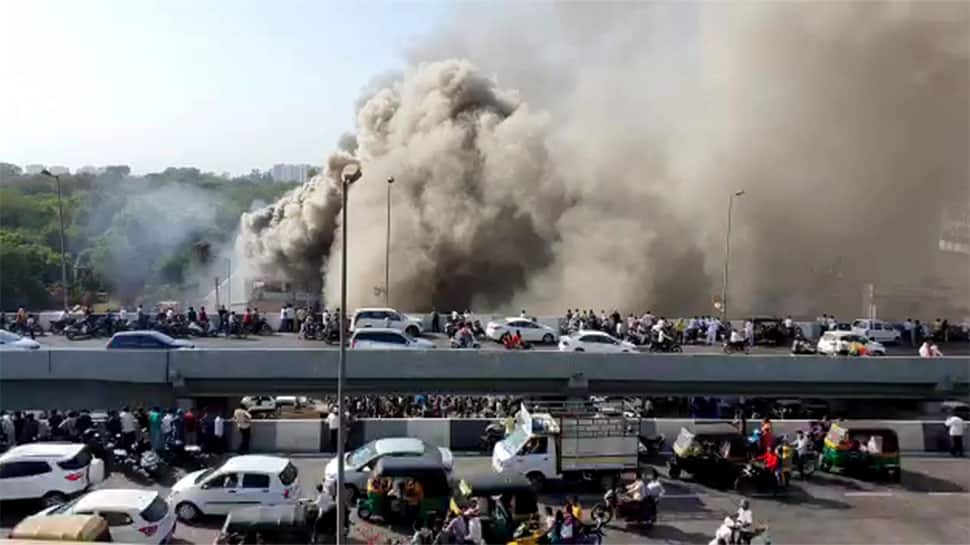 Day after the tragic Surat fire incident that claimed the lives of 20 persons including 19 students, eyewitnesses are struggling to deal the horrific scenes of children “screaming” and crying for help from the fourth floor of the Takshshila Arcade building.

“The fire started around 2 to 3 pm and quickly reached the third floor. The blaze was massive and all kids were shouting from inside 'bachao, bachao',” recalls an eyewitness, whose office is located in the next building and one of the first persons to rescue the children.

“My office is in the next building. I threw water, helped with the fire fighting equipment, tried my best from there. But I can't do this. There were such loud screams from inside (the building) that my mind froze. I didn't know what to do, how to save them,” said the man, clearly anguished by the entire ordeal unfold in front of his eyes. 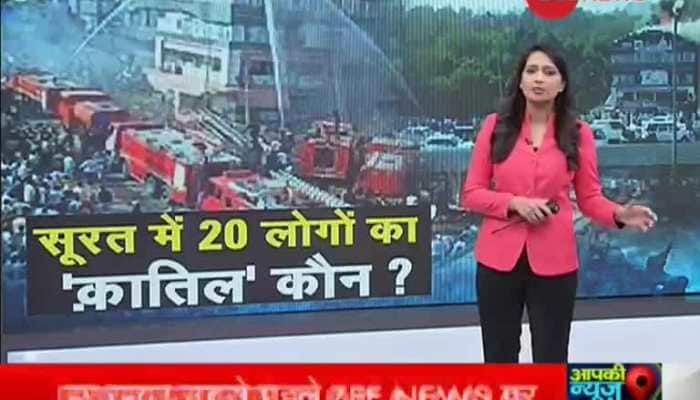 He alleged the fire department was completely unprepared for the entire scenario.

“The fire department reached here on time but without any precaution. The tanker has no water, the ladder wouldn't open. What's the point of this?” questioned the man.

Another eyewitness said angrily, “The fire brigade had nothing. We used our ladder to save 10 persons. They (fire department) had no ladders, no water. Did they come here for a darshan?”

Accusing the municipal corporation of being corrupt, he adds, “The building was constructed with bribes. Doesn't the municipality have any responsibility? There are many more such buildings.”

A major fire broke out on Friday afternoon (May 24) in commercial apartment Takshshila Arcade. The blaze was triggered by an electrical short circuit in the building. At least 70 students were attending classes at an illegally run coaching institute at the time. The centre ran coaching classes for Maths and Fashion Designing courses for 11th and 12th standard students. The fire began downstairs due to the short circuit and soon spread up. The coaching centre was run on the top floor of the building and a wooden staircase served as the only entry and exit route. The blaze soon engulfed the wooden staircase, blocking the escape points. The building also had a tyre shop, which further fuelled the blaze.

Gut-wrenching videos show students trying to jump off from the fourth floor of the building in an attempt to escape the fire, some of whom fell to their deaths. Many others, trapped in the building, died due to burn injuries and asphyxiation. Most of those who died were in the age group of 14 to 17 years. Sixteen other injured students have been admitted to the hospital. The death toll could further go up, claimed sources.

Ketan Jorawadia, who managed to save many children, narrated his entire ordeal to Zee News.

“I was passing this area. My society is nearby. Smoke was billowing out from the lower floors. At first, I just stood, wondering what to do. Later, I grabbed a ladder and rescued eight to ten children – most of them aged between 13 to 16 years – from the backside. Then I came to the other side of the building and climbed up the pipe to reach the third floor. Then, I saved the young boys hanging from there. Then I came down, saw a girl had fallen. She'd bled a lot. I was sad to see that. Then I went back up again and saved two-three more children. I saved as many as possible, couldn't save the rest,” he said.