The bypoll, which was to be a direct contest between the BJP and the INLD, turned into a multi-cornered fight after the Congress and Jannayak Janta Party (JJP) fielded their candidates. 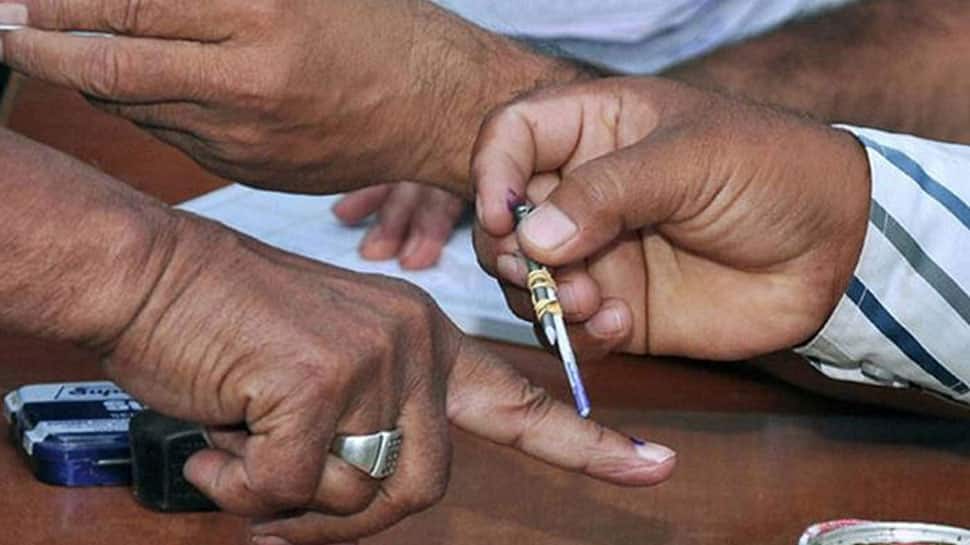 Jind: A keen contest is on the cards for the Jind Assembly bypoll with all major political parties- the ruling BJP, Opposition INLD, Congress and newly floated Jannayak Janta Party (JJP) - slugging it out to ensure victory of their candidates.

The high-stake election slated for January 28 is being viewed as a referendum on the Manohar Lal Khattar government and also a semi-final ahead of Lok Sabha elections.

The bypoll, which was to be a direct contest between the BJP and the INLD, turned into a multi-cornered fight after the Congress and Jannayak Janta Party (JJP) fielded their candidates.

JJP came into being after a split in the INLD following a power struggle in Chautala family.

The bypoll was necessitated following the death of INLD legislator Hari Chand Midha.

The BJP is banking on Middh'a son Krishan Middha, a Punjabi, while INLD has nominated local Jat leader Umedh Singh Redhu, who is also backed by a faction of prominent Kandela Khap (caste council).

While the Chautala-led INLD claimed Congress and JJP have fielded "imported" candidates, both Randeep and Digvijay are promising unparalleled development for the area, if elected.

Surjewala's campaign had got a shot in the arm after a heavy weight from the area and Independent MLA from Kalayat Jai Prakash and former minister Mange Ram Gupta lending support to him.
Prakash, a Jat leader, had been seeking the Congress ticket for his son Vikas Saharan.

Political pundits say the dormant Jat community votes are likely to be divided among Surjewala, Redhu and Digvijay as all of them are Jats which can tilt the balance in favour of the BJP candidate.

The fledgling JJP got a boost with the AAP announcing support for its nominee.

The cancellation of furlough of INLD supremo Om Prakash Chautala from Tihar Jail on the directive of the Delhi government led to a verbal duel between warring factions.

Chautala hit back at his grandsons Dushyant and Digvijay, accusing them of "back-stabbing" him and "conspiring" with AAP to keep him out of the campaigning, a charge denied by the Hisar MP.

Playing an emotional card, Chautala in an open letter to the electorate said that he was unwell and in hospital.

"Despite being unwell, I wanted to come to you (seek votes). I gave an application of furlough to jail authorities which was approved from January 17 with riders that I will have to stay at Teja Khera farm house at Sirsa and should not participate in any political activities.

"It is an injustice. However, all limits were crossed when the furlough from January 21 was cancelled. This has happened due to a conspiracy by Dushyant, Digvijay and Delhi CM Arvind Kejriwal. I have been back-stabbed. I appeal to the electorate to vote for INLD candidate Umedh Singh to avenge the conspiracy hatched against me," Chautala has written in the letter.

Sneh Lata, wife of Chautala senior is being heard in a video saying, "If I die tomorrow, these four persons (Ajay, his wife Naina and their sons Dushyant and Digvijay should not touch my body)."

Hitting back, Naina asks, "Have you ever heard someone cursing her sons and grandsons".

The electioneering has brought about sharp differences in the Chautala clan.

While the BJP brokered peace with Kandela Khap (caste council) chief Tek Ram, a ticket aspirant, Leader of Opposition Abhay Singh Chautala apologised to villagers for the infamous firing incident in 2002 during the Chautala regime which led to death of farmers.

Middha is relying on "all round development" done during Khattar's over four years regime.

INLD's Umedh and Congress' Surjewala are banking upon anti-incumbency of ruling BJP alleging the saffron party "failed" to honour its poll promises.

Arshi, a Brahmin leader from Jind is a nominee put up by BJP's rebel MP from Kurukshetra, Raj Kumar Saini who is Manch's patron. Saini has an influence among voters from OBC communities.