Haryana CM made these remarks after meeting retired Judge SS Bhalla in Panchkula. 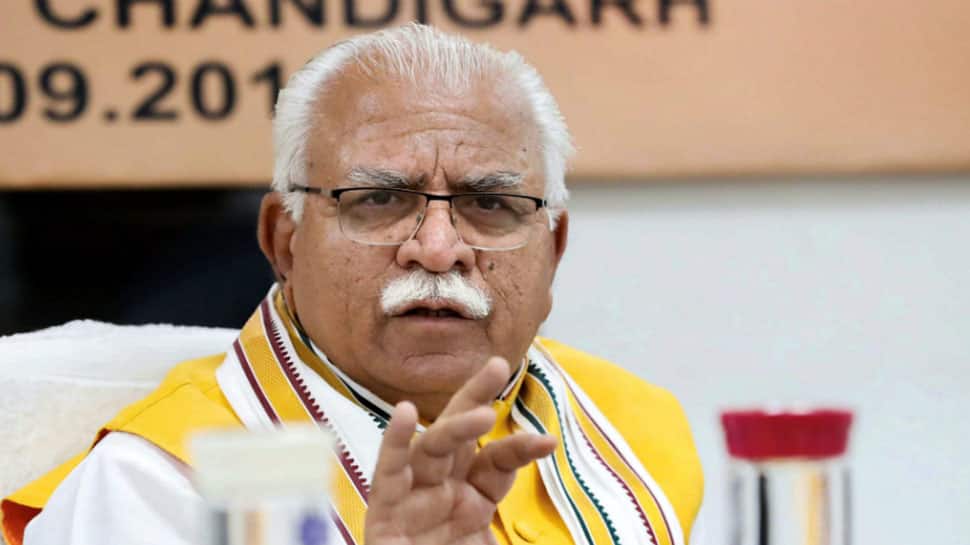 Panchkula: Days after the controversial National Register of Citizens (NRC) was implemented in Assam, Haryana Chief Minister Manohar Lal Khattar on Sunday said the same will be implemented in the state as well. Speaking to reporters after meeting with Justice HS Bhalla (retired) and former Navy Chief Admiral Sunil Lanba, Khattar said, "We will implement NRC in Haryana."

"The state government is working on a fast pace on family identity card and its data would also be used in the National Register of Citizens (NRC)," the Chief Minister said.

CM Manohar Lal said that social audit system would also be implemented in Haryana so that the audit of development work could be done by the intellectuals people of the society, in which ex-servicemen, teachers, engineers or others having special achievement would be included. For this, in the coming time, a separate voluntary department would also be formed, he added.

Khattar met Bhalla and Lanba, as a part of the five-day-long `Maha Jan Sampark Abhiyan` by the BJP in which leaders from the party meet the prominent members of the society to discuss various issues.

Khattar, who is seeking his second term as Haryana Chief Minister, also appreciated the efforts of the retired justice who even after retirement, is going on a tour of Assam to study the NRC data.

Khattar said that in a way, it would also be better for the government as Bhalla`s services would be useful for the NRC to be established in the state.

The Chief Minister said that the aim of such campaigns is to reach out to people about the work done by the present state government during the last five years.

The NRC is a register maintained by the Government of India which contains names and certain relevant information for identification of all genuine Indian citizens.

Many including Himanta Biswa Sarma questioned the implementation and said a number of citizens have also been excluded, thus nullifying the purpose of NRC.

The process of NRC for Assam was started way back in 2013, following a Supreme Court order. The apex court has been monitoring the process since then.

Those left out in the final NRC list can still apply to the designated Foreigners` Tribunals within 120 days for their cases to be heard.