Digital de-addiction clinic for children in UP

Digital Addiction is highest in children because they are still at the stages of brain development and too much exposure to digital stimulation make them dependent on it. 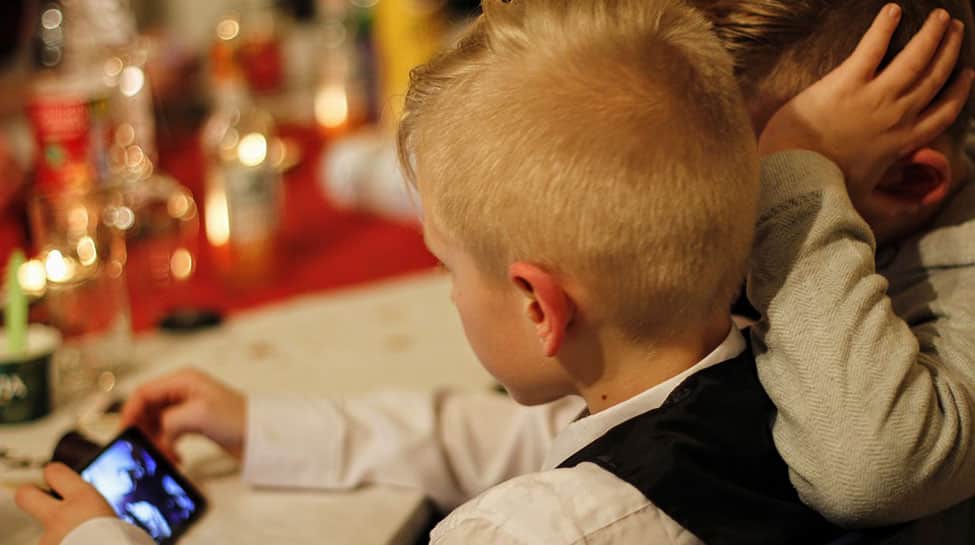 Lucknow: Digital addiction among children is emerging as a major problem in the modern world and also a reason for adolescent behavioural issues. Comparable to problems like kleptomania or compulsive gambling, doctors have identified the impulse control disorder and the WHO has termed it 'gaming disorder'.

Three medical centres have come up in Uttar Pradesh to help children get rid of the cell phone obsession.

The Institute of Medical Sciences at BHU in Varanasi launched its mobile phone de-addiction cell in January this year while in March, King George's Medical University (KGMU) in Lucknow started the clinic to check "problematic use of technology".

The third clinic was launched this week at the Moti Lal Nehru Divisional Hospital in Allahabad. The Allahabad Centre got over 15 patients, mostly school children, on the inaugural day itself.Dr Rakesh Paswan, who heads the clinic, said, "We are the first government hospital to start a mobile phone de-addiction centre. In the eleventh revision of WHO's International Classification of Diseases, a condition called impulse control disorder is being elaborated upon.

In Lucknow, Professor P.K. Dalal, the head of psychiatry at KGMU, which runs the technology overuse clinic, said the problem of addiction to internet was on the rise.

"Since the launch of the clinic, we have seen more than 120 patients. Cell phone overuse is at the root of a number of behavioural issues among children and the problem is that parents do not realize this," he said.

Meenal Arora, founder director of Shemford and Shemrock group of schools, said: "Digital Addiction is highest in children because they are still at the stages of brain development and too much exposure to digital stimulation make them dependent on it. This addiction has recently been termed as the 'gaming disorder' by the World Health Organization."

She further added that very young kids should not be given any access to mobile phones and computers as their usage may hamper their cognitive development and cause permanent damage to their young, developing minds. Children should be engaged in other activities and encouraged to pursue a hobby of their interest. Parents have to be positive role models for their children and should plan a day every week as Digital Detox Day.

The principal of a local English -medium school said that more than the children, the parents were responsible for encouraging mobile addiction.

"We have clear instructions that children cannot bring mobile phones to school but most of the kids manage to smuggle the phones in. Where do they get these smartphones? Why do parents buy these expensive phones for children? In some cases, we confiscated the phone but the parents never turned up to claim the same," said the principal.

He added that since most of the children belonged to influential politicians and officials, the school could not take strict action.
Psychiatrists say that phone addiction is causing serious behavioural changes in the young generation. Deaths due to the games like Blue Whale, PUBG and the recent TikTok videos are an example of this.

"Children are becoming anti-social. They do not make friends and do not play outdoor games. Their communication with family members is getting lower which is weakening family relationships," said Rati Misra, a psychologist. She said that initial symptoms of digital addiction can easily be identified.

She suggested that parents should start a two-day 'digital detox' for children during which they are not allowed to use their phones or computers."Parents should take children on weekend holidays or any other such activity which keeps them away from the gadgets," she suggested.