What's the change? It's in the patches on Maverick's leather jacket. The new jacket no longer has the Taiwanese and Japanese flags that were visible on Maverick's jacket in the 1986 film, which read "Far East Cruise 63-4" and "USS Galveston". 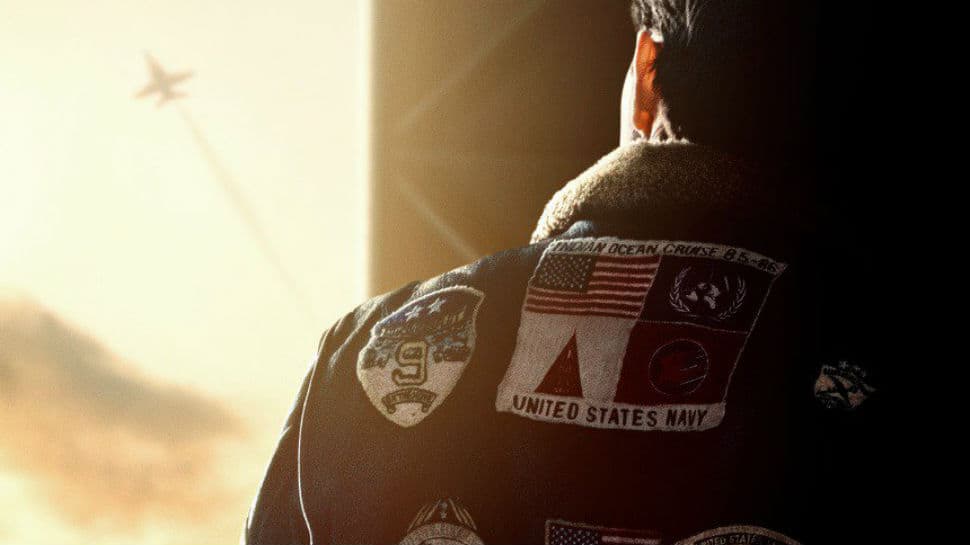 New Delhi: Fans all across the world might be looking forward for the return of Tom Cruise as Pete "Maverick" Mitchell in "Top Gun: Maverick", and are wondering how his life must have changed in all these years, but there is one change in the "Top Gun" universe that has left them perplexed. Cruise's classic bomber jacket isn't quite the same.

Following surprise appearance of Cruise at San Diego Comic-Con to drop the trailer of "Top Gun: Maverick", fans spotted a slight difference between the jacket worn by Cruise in the sequel and the one he wore in the 1986 first film, which was a box-office hit.

What's the change? It's in the patches on Maverick's leather jacket.

The new jacket no longer has the Taiwanese and Japanese flags that were visible on Maverick's jacket in the 1986 film, which read "Far East Cruise 63-4" and "USS Galveston". They have been replaced with different patches of the same colour palette. Now, it reads "Indian Ocean Cruise 85-86" and "United States Navy".

It all started when Mark MacKinnon, a senior international correspondent for "The Globe" and "The Mail", pointed out the difference.

"There's a new 'Top Gun' movie coming out. And Maverick is wearing the same leather jacket -- only this time it's Communist Party of China-approved, so the Japanese and Taiwanese flag patches are gone," he first tweeted.

He followed it up with another post, saying: "Mystery solved. China's Tencent Pictures is one of the main producers of 'Top Gun: Maverick'."

This was enough to spark a political debate on social media. Many agreed with MacKinnon that since Tencent Pictures is a Chinese film production company, the change was done keeping in mind China's political relationship with Japan and Taiwan.

"No no, it's just capitalism working as intended. Who's got the money, got the power, and in this very situation... Tencent has it," wrote one user.

Another user pointed out: "Don't know why Hollywood worries about Chinese market, most everything there digital is bootleg. Hollywood isn't making money on that anyway."

"China is a huge movie market. Money talks," one user posted, while another said: "China owns quite a bit of Hollywood now. Watch the credits."

Another Twitter user wrote: "It can't be helped. China bought up all the Hollywood studios. Movies that violate the will of the Chinese Communist Party will be blocked."

Some fans tried to find logic in the change.

"This really bothered me until I looked further. I think we're jumping to conclusions. The patch now reads 'Indian Ocean Cruise 85-86' which implies where the movie left off. I don't have an issue with this. I think the old patch was his (Maverick') dad's," another pointed out.

There was one user who said: "They are random in where they are placed and commands they represent. Seek no meaning because there is none."

Released in 1986, "Top Gun" was apparently inspired by a magazine article on Navy pilots. The film followed the life of a fighter pilot and launched Cruise's career as a global action star.

The sequel picks up decades after the 1986 film. Directed by Joseph Kosinski, the movie also stars Jennifer Connelly, Jon Hamm, Glen Powell and Lewis Pullman. It is slated to release in mid 2020.