Director Rob Marshall's version of the musical fantasy written by David Magee, does seem to have the similar storyline with amped up events. 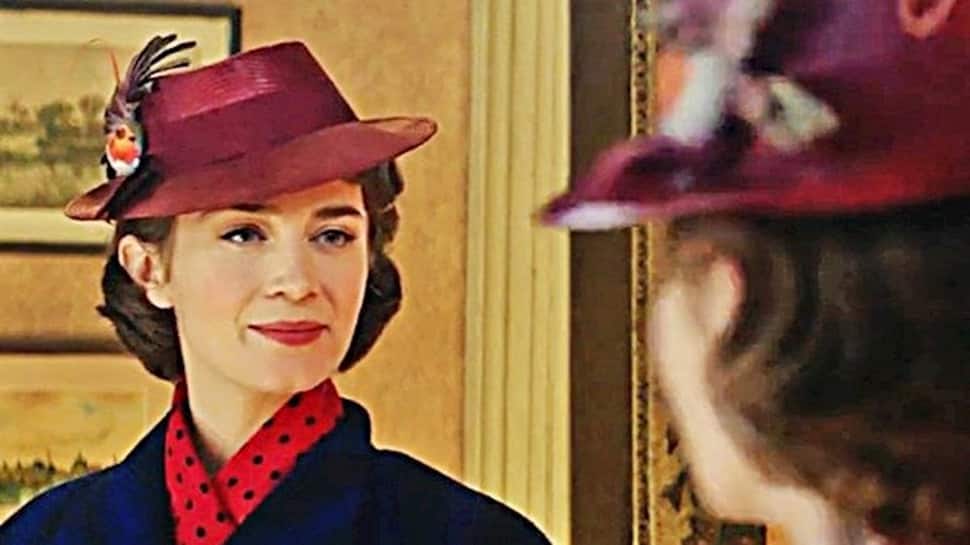 Those who have seen the 1964 musical fantasy would be disappointed with "Mary Poppins Returns".

While this sequel took 54 years to resurrect Mary Poppins, the narrative from the original, takes a leap of 25 years, and is still indebted to the original.

Set during the Great Depression, also known in Britain as the Great Slump, of the 1930s, the narrative begins with a lamplighter, Jack (Lin-Manuel Miranda) showing us around the city while singing, "Underneath the lovely London Sky". He sings till he reaches the famed, 17 Cherry Tree lane where decades earlier, Mary Poppins had to persuade George Banks to pay attention to his children, Michael and Jane.

Now, Admiral Boom (David Warmer) and his Mr. Binnacle (Jim Norton) are still firing off the canon twice a day. More importantly, their house with a ship on the roof is right next door to where Michael (Ben Whishaw) now a widower, lives with his family.

During the course of the narrative, Mary Poppins returns to the same multi-storied house to pull Michael out of his own catastrophic depression so that he can tend to his children and save their home from being taken over by the vicious and corrupt bank manager played by Colin Firth.

Director Rob Marshall's version of the musical fantasy written by David Magee, does seem to have the similar storyline with amped up events. But unfortunately, while the film manages to touch upon most of the emotional points, it lacks a soul.

The narrative progresses perfunctorily. The tale drags as one unrelated song-and-dance number follow another. The film feels endless, as things just happen and then different things happen, but rarely do they feel consequential. There are dancing dolphins, talking dogs, an upside-down house, flying balloons, union protest and over a dozen songs and not a single one is memorable.

But the three numbers that stand out are; "Trip a little light fantastic," which is a big ensemble number involving the lamp-lighters led by Miranda. While the song is nothing to boast about, the choreography with the light men literally flying around doing tricks is what makes this song stand apart.

While the lyrics of the second song, "There is nowhere to go, but up", might sound morbid, the picturisation is done in a light and fun manner. But it is the Meryl Streep number "Turning Turtle", where she dances in her upside-down house which is the most painful five minutes of the film.

As for the performances, there is not a single character that keeps you hooked. Ben Whishaw looks and behaves too juvenile to be a father of three. While Emily Blunt is a versatile actor, as Mary Poppins she lacks the charm and charisma of a considerate, perfect nanny. Also considering decades have elapsed from the first edition, this Mary Poppins hasn't aged. This further makes her unconvincing.

Overall, while the original film was "Supercalifragilisticexpialidocious", this one is "simply-fragilistically-sad".