An action thriller, this edition of the Lego film is a far cry from its original. 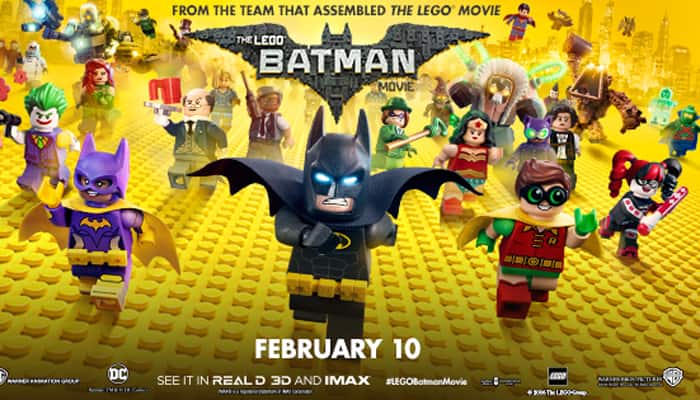 An action thriller, this edition of the Lego film is a far cry from its original.

It fails to raise the creative bar that was so enthusiastically raised by its directors way back in 2014. Nevertheless, crammed with numerous, adrenaline charged and emotionally packed, mindless action sequences along with a whole bunch of comical references and senseless, yet side-splitting humour gags, it is a sure shot, crowd pleaser.

This edition takes off from where it left in the previous edition and gives a twist to Batman's character. It plays on his greatest fear of, "being a part of the family again".

So in the midst of trying to subdue his arch enemy The Joker (Voiced by Zack Galifianakis) and his fellow rogues who harass the citizen of Gotham City, by sending them to the phantom zone, he also finds himself adopting a son in Dick Grayson and fosters him as Robin.

Learning to become a father, a better man, work as a team and accept that there may be other people in the universe just as good as him, the film explores many depths that you wouldn't expect it to. But at the same time, portraying Batman as a pompous character, drops him notches down on the character scale befitting a superhero.

The writing is credited to a team of writers that include Seth Grahame-Smith, Chris Mckenna, Erik Sommers, Jared Stern and John Wittington. There is no shortage of satirical targets taking sly pot-shots at any and everything, making this a cauldron of gags, some thought-provoking, others senseless banter with major of them internally referencing other DC characters. The humour too is off beat and flat. So in reality, we are saddled with a weak plot that does not reasonably leverage the landscape of the Lego Universe to the optimum.

Reckless, sprawling and elaborate, the action sequences, become tedious when it involves a separate league of villains, all conveniently connected to other Warner Brother properties.

Though high on energy, the exploits aim just too low for good taste, and the results make you appreciate even more the cleverness and plain comedic accomplishments of the original. In this, there aren't any memorable moments or jokes apart from the extreme Batman rapping.

Visually, the film is colourful and exciting and the ace actors aptly and effectively lend their voices.

At the end of it, this is a feel good film that may win you over.