At a time when prices of onions are shooting up to Rs 120 per kg across the country, several cases of onion theft have been reported from various villages and cities. 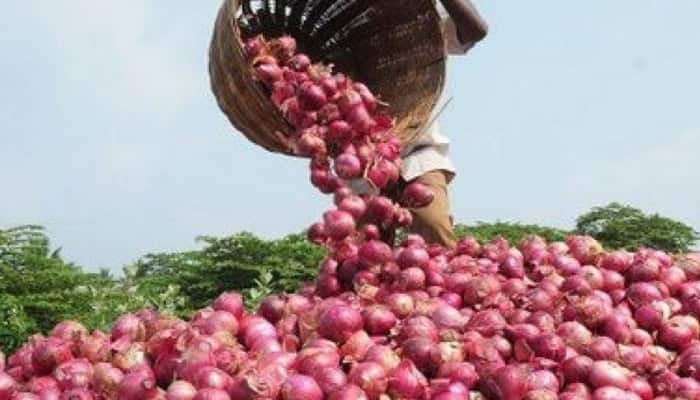 New Delhi: The Mumbai Police recently arrested two people for stealing onions valued over Rs 20,000, news agency ANI reports. The theft happened a week ago but the arrests were made on Tuesday. A total of 168 kilograms of onions worth Rs 21,160 were stolen from two shops in Dongri area on the intervening night of December 5 and December 6. The incident has been captured by the CCTV installed in the area, a footage of which has been tweeted by ANI.

At a time when prices of onions are shooting up to Rs 120 per kg across the country, several cases of onion theft have been reported from various villages and cities.

On Monday, two bike-borne miscreants allegedly looted 50 kg of onions from a rickshaw puller in Uttar Pradesh's Gorakhpur district. The incident happened when the rickshaw puller was going to deliver the onions to a hotel.

In Madhya Pradesh, too, two cases of onion theft have been reported.

Some days ago, a truck carrying onions worth Rs 20 lakh was stolen on its way from Nashik to Gorakhpur. Later, a farmer in a village in Mandsaur alleged that his onion crop worth Rs 30,000 was uprooted and stolen from his field.

Onions have also been stolen from trucks and shops in Delhi, Gujarat, West Bengal and Bihar.

In Surat, Gujarat, onions worth Rs 19,000 were stolen from a vegetable market as the retail prices soared to Rs 120 per kg.